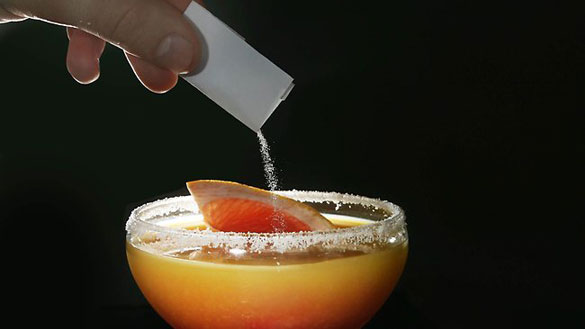 An attractive woman in a Jakarta bar looks around for the drunkest and most clueless unaccompanied male foreigner – the competition is usually pretty fierce. She chooses a target and informs him she is desirous of having sex. If the man is staying at a five-star hotel, the woman may claim they cannot go there because of a “no overnight guests policy” or some other excuse. She proposes they instead stay at a cheaper hotel. Alarm bells should be ringing at this stage, but the aroused man ignores them. On the way, the woman suggests they stop at a minimart and buy a couple of beers. In the hotel room or house, the woman pours the drinks and advises the man to urinate before sex commences. She takes the opportunity to spike his beer with a powerful sedative. He returns and she encourages him to drain his glass. The man wakes up many hours later with his trousers still on and his valuables stolen.

In a variation, two or more thieves approach a foreign tourist and invite him to a cafe or bar for a drink. They ask where he is staying and then spike his drink. As the man begins to lose consciousness, the gang escorts him back to his hotel, explaining he has passed out drunk and they are helping him. Then they steal his valuables.

Many years ago at a Jakarta nightclub, I accepted a drink from an overly friendly woman. Shortly after, I felt my vision, concentration and motor skills all rapidly fading. It made no sense because I’d had only two beers. Meanwhile the woman was encouraging me to leave with her. No chance. I ordered a bottle of water, struggled to walk out and managed to stay awake for the cab ride home. I then slept soundly for over 10 hours.

Some would say that being drugged and robbed is just desserts for picking up wanton women in bars. But the victims are not only men. Many women have had their drinks spiked by men attempting to rob and/or rape them. In certain cases, people claiming to have been drugged might have only been drunk and unable to cope with strong liquor.

The local media often carries reports of girls and women being raped after consuming drugged drinks. Two boys in the Central Java regency of Tegal earlier this year lured a 14-year-old girl to a hut and gave her a drink laced with a sedative. When she was in a state of semi-consciousness, seven youths allegedly spent several hours raping her. The girl’s family complained that police did nothing when the incident was reported.

There have been many cases of train and bus passengers being robbed after consuming drugged drinks provided by strangers. In one case, a bus conductor handed out canned coffee drinks, which he had punctured with a syringe to insert sedatives. He patched over the hole in each can with glue and lead.

A number of drugs can be used in these crimes. Most famous is Rohypnol, a brand name for the sedative flunitrazepam, known as the “date rape drug”. Rohypnol is illegal in several countries, including Indonesia, but is available on the black market. Other drugs used include ketamine, gamma hydroxybutyrate (GHB), nitrazep (Mogadon), bromazepam (Lexotan) and clonazepam (Rivotril).

Rohypnol is offered for sale on various Indonesian internet forums and one dedicated website, with a price of Rp.650,000 for a strip of 10 pills. The same website also advertises a powdered sedative and chloroform. The vendor boasts that his products “can be used to rape or kidnap people”. The website is registered to one Gono Wahono from Malang, East Java. It could all be fake; just a scam to get potential rapists and kidnappers to send their money. If the website really is selling Rohypnol, the owner could face 20 years in jail under the Psychotropic Substances Law.

One alleged sedative not to worry about is Progesterex. It exists only in hoaxes propagated via the internet, especially in Indonesia. Warnings describe Progesterex as “a small sterilization pill used by rapists to rape and sterilize their victims. The victim doesn’t conceive from the rape and the rapist needn’t worry about having a paternity test identifying him months later. Progesterex was designed to sterilize horses. Any female who takes it will never be able to conceive.” Despite being debunked, this hoax still persists.

5 Things for Retirees to Consider When Settling in Bali