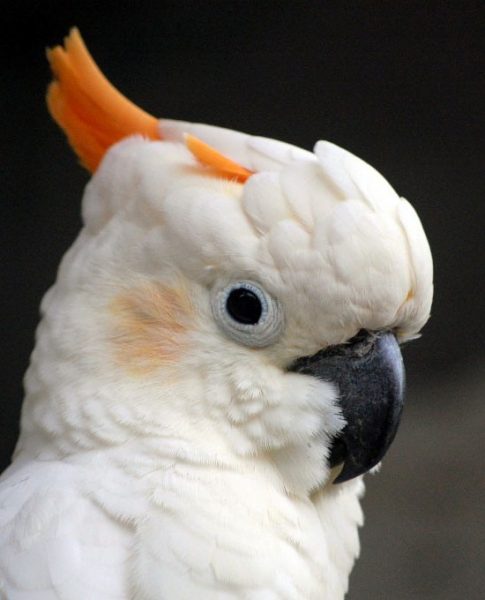 You many have heard about the recent shocking photographs of at least 21 yellow-crested cockatoos smuggled in plastic bottles in jam-packed crates. The peering, suffocating birds were recently recovered by Indonesian wildlife officers during an attempted smuggle into Java by a wildlife trafficker. Why is an obsession with birds leading to such drastic action, since a large proportion of these birds die during the smuggling process? And what impact does this have on wild populations?

The yellow-crested cockatoo is now critically endangered. It doesn’t have much time left. Yet interestingly, none of the 21 birds had been captured from the island of Sumba, which is making some advances in the conservation field.

But why are these protected cockatoos coveted?

Apparently these friendly birds make good pets; they are able to imitate human speech and can be trained to learn certain behaviours.

Kept away from their family groups, these sad pets have even been filmed mimicking swear words – one video of an Indonesian cockatoo called Peaches shows the bird swearing and arguing with itself after living with a volatile couple who later divorced. As Peaches angrily shakes its head, I do not find the video ‘hilarious’ – I feel the impact of our actions and emotions on all living beings and feel nothing but sadness.

Captured from the islands of Sulawesi and the Lesser Sundas, there are in fact four subspecies of the yellow-crested cockatoo, including the Sumbanese citron-crested cockatoo. Sumba is a birdwatcher’s paradise. According to recent research there are 212 bird species on Sumba, of which nine are only found on this island. Sumba is home to endemic delights such as the Sumba buttonquail, the Sumba boobook owl, the red-naped fruit-dove, the Sumba green pigeon, the Sumba flycatcher, the apricot-breasted sunbird and the threatened Sumba Hornbill, which is also traded illegally. Islands have always been stews of colour and diversity and Sumba is certainly no exception. A jewel of the Wallacea region (named after the famous explorer Alfred Wallace) and close to the Wallace line, the island lies in a transitional place between the eco-zones of Asia and Australia and the yellow-crested cockatoo is an example of a species whose ancestors descended from Australia.

Although this cockatoo has faced many threats on Sumba, historically it has always been valued within society. “Kaka maka bunggur pirihu kanguting,” is a Sumbanese term about deliberation and consensus and it refers to a cockatoo motif carved on gravestones. Living in clustered groups, the cockatoos symbolise the island’s society, which always seeks to maintain harmony. It is ironic that as Sumba begins to evolve, its relationship with the natural world is being threatened.

Simon Onggo, co-author of the book Membingkai Harmoni Alam Konservasi (Framing the Harmony of Nature Conservation) works in conservation at Laiwangi Wanggameti National Park in East Sumba. An avid photographer, Onggo has always been keen to capture the island’s birds to enable more people to become aware of the uniqueness of each species. Using the vehicle of photography, Onggo explained why he believes that his book is a helpful conservation tool. “Visual language is a preferable means to bring a new experience concerning familiar conservation activities and to inspire further potential. The images are now open to international spaces to encourage interest in the nature of Sumba.”

Curious to learn more about the citron-crested cockatoo, I asked Onggo about its major threats. “The cockatoo is considered a pest by farmers because they eat the corn crop. The illegal trade has led to a drastic reduction in the population and clearing for agriculture and tree felling are also major causes of habitat loss. The availability of holes for nests is important for supporting populations, therefore protecting certain tree species with patrols is vital,” he said. 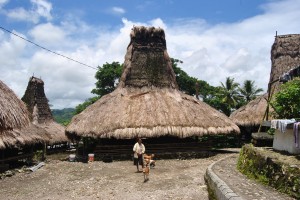 Due to the success of raids at customs in airports and ports across Sumba, smuggling activities have decreased over recent years. Conservation groups such as Burung Indonesia have also helped protect this endangered species and I had the opportunity to interview its Head of Conservation, Dian Agista, who explained that one of their major activities on Sumba was habitat protection.

“The main threats for the yellow-crested cockatoo are the limited remaining habitats, since forests are generally dispersed throughout a small area. Cockatoo poaching still occurs in some places, despite a reduction in smuggling over the past 10 years. Small forest blocks reduce the cockatoo’s range and there are limited genetic exchanges amongst populations.

“For forest protection, Burung Indonesia has been working with both the authority and local community. Working with villages and stakeholders around the Manupeu Tanadaru National Park, agreements have been facilitated which combine conservation and development needs and seek to promote the role of local people in protecting resources and to improve their livelihoods,” Agista explained.

Sumba is considered to be one of the poorest islands in Indonesia and although villages often engage in deforestation, traditionally the ties between society and nature have been strong – their animist cultures are interwoven with the patterns of nature. Therefore, working closely with communities is a priority.

“Our ‘Forest to Garden’ programme has also been promoted to address the need for wood. Local conservation groups have been encouraged to plant forest tree species on their private land and improve forest cover. Moreover, public awareness strategies have been implemented widely. The message is to make people aware about the richness and uniqueness of their natural resources and to promote the importance of conservation. Burung Indonesia has also succeeded in making conservation part of the local curriculum which has been taught in all elementary schools in three districts,” said Agista.

Burung Indonesia also engages in mapping, research and the creation of information boards, which are implemented at ports across Sumba to raise more awareness. Perhaps it’s time we question our perceptions about what a caged bird represents – is it really hilarious to see Peaches the cockatoo swearing and shaking? Or would it be more beautiful to see Peaches sitting tightly with its family in a healthy forest? The birds speak, but we write the words.