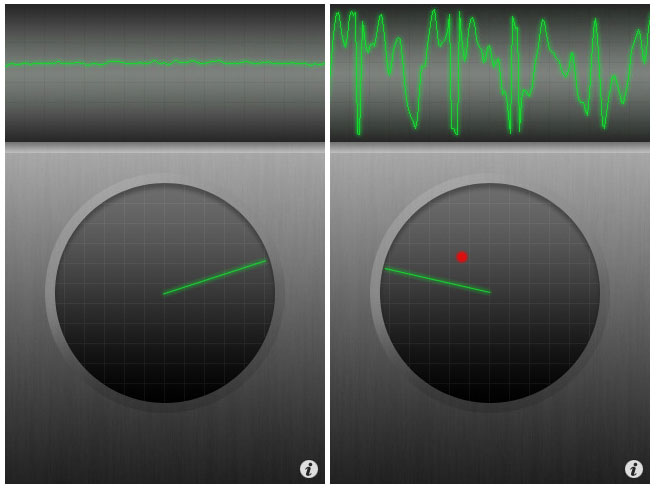 Sightings of ghosts have plummeted in number over the past decade. Are mobile phones responsible for their demise? It may seem crazy but paranormal investigators are starting to take the idea seriously.

“Until a few years ago we’d receive reports of two new ghosts every week,” says Tony Cornell, a scientific investigator for the Society for Psychical Research. “Now we’re receiving none. The decline exactly mirrors the increasing use of mobile phones.”

Some scientists believe that ghostly apparitions may be caused by unusual electrical activity. Mobile phones are known to produce intense electromagnetic fields and microwave radiation. Therefore, in principle at least, the increasing use of mobile phones could be “drowning out” ghosts and other types of paranormal activity. The Society of Psychical Research has pledged to look into the problem and is considering sending ghost hunters to isolated parts of the world. They hope to see if areas with low mobile phone usage have greater numbers of ghosts. Perhaps investigators may one day put the effect to good use.

Ghost calls from the dead

Can ghosts call people by way of electronic devices, such as telephones and cell phones in order to get a message to loved ones? Some say that it is possible.

I have found several ghost stories on the web about telephone calls from the dead. Often, the stories tell of a last minute message, such as “I love you” or “Goodbye.” The loved one receiving the call is often shocked, recognizing the voice on the other end of the phone as being a deceased family member. Strange enough, when such ghost calls from the dead occur, caller ID screens have been said to display weird phone numbers, such as 000-000-0000 (I wonder why not 666.666.666?). There have even been reports of people receiving the ghost calls as messages on their answering machine or voice mail!

This possible recording, of a phone call from the dead, is just an amazing example of this phenomenon, whereby a person who has crossed over to the other side attempts to get a message to loved ones on earth through the telephone, letting them know that they have arrived and that they are O.K.

To hear one of these phantom telephone calls from the dead recorded on an answering machine, visit:
http://www.angelsghosts.com/phone_call_from_the_dead_evp_recording.html
Listen closely, as it sounds like a woman’s voice saying, “Hey, Lanna.” 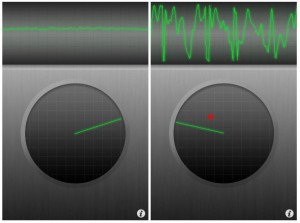 The radar display in the middle of the screen displays nearby anomalies. A blue dot signifies a weak presence, a yellow dot a strong presence and a red dot an extremely strong presence.
It may take a few minutes before readings become reliable as it takes time for the sensors to
adjust to your surroundings. Works on iPhone and iTouch OS 3.0 or greater.

Find, talk and connect with ghosts 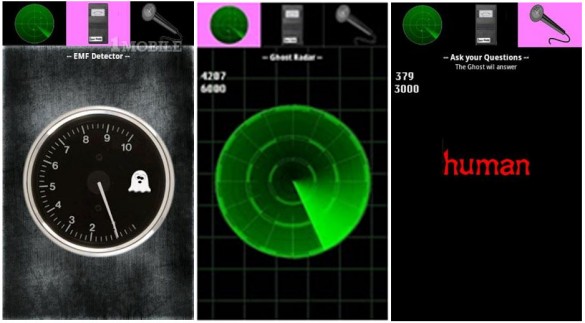 This second app will allow you, if this is your wish, to communicate, talk and receive messages with a ghost using your phone’s microphone. The app acts as a medium between you and the ghosts. Ghosts channel messages to you through this app and you can detect ghosts around you. This app shows a radar with lurking ghosts around you. The radar range is approximately nine miles. They have also added an EMF entity detector which is very helpful to find ghosts. The ghosts will try to control your devices’ magnetic and microphone sensor which is monitored by the ghost detector and shows you the possible location of the ghosts, demons, entities, etc.

You can also ask questions to the ghosts and they may answer you. The ghost may not answer directly to you. You must interpret the group of words you see as an answer to your question.

This app always gets activity. I find it puts out random words and radar dots constantly and after 10 minutes, words lean toward the negative as an attempt (in my opinion) to spook the user.