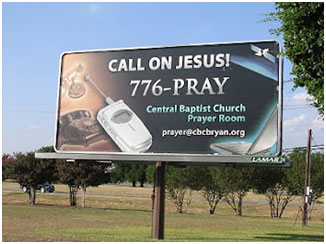 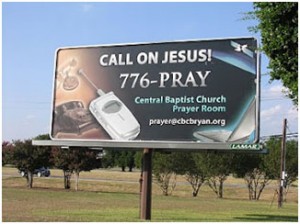 The influence of mobile technology on religion has been evident for quite some time. The use of the mobile and the Internet has opened a new face to religious life. If it moves at this pace in a matter of a decade religious life will be redefined. The communication revolution and especially the mobile and Internet has given a new colouring to the life of religious men. The Internet will give you an answer on most of your religious questions without seeking help from a priest or an Imam. The mobile apps will provide the religious person with some interesting tools such as a Call to Prayer, Read the Holy Bible or Al-Quran Online, Find the Right Direction to Qiblah (direction to Mecca) and many many more. 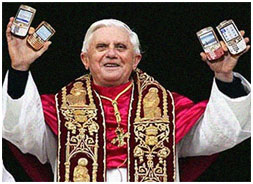 Catholic church gives blessing to iPhone app
How crazy is that headline? You think it’s a joke?
The Catholic Church has approved an iPhone app that helps guide worshippers through confession. The Confession program has gone on sale through iTunes for £1.19 ($1.99). Described as “the perfect aid for every penitent”, it offers users tips and guidelines to help them with the sacrament. Now senior church officials in both the UK and US have given it their seal of approval. The app takes users through the sacrament – in which Catholics admit their wrongdoings – and allows them to keep track of their sins, but it is not intended to replace traditional confession entirely. 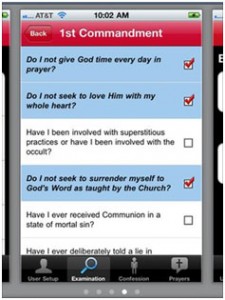 “The Church believes in embracing new technology and this creative app will hopefully help people to make a good confession.” It is thought to be the first time the church has approved a mobile phone application, although it is not entirely unfamiliar with the digital world; the Vatican has their own YouTube channel and created a Facebook application that lets users send virtual postcards featuring the pontiff.

You can purchase this app at iTunes: http://itunes.apple.com/us/app/confession-a-roman-catholic/id416019676?mt=8&ign-mpt=uo%3D4

Which religion has the best cell phone?
Religious devotees around the world enjoy expressing their faith with customized cell phones, which may play religious ring tones; carry scriptures; or provide guidance, content filtering and other services specific to each religion. These phones are customized and marketed directly to religious communities in various parts of the world.

No. 3: The Jewish cell phone 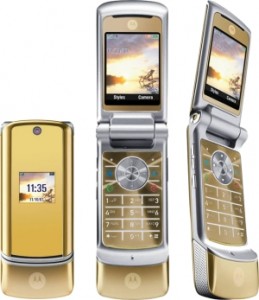 A few years ago, an ultra-Orthodox rabbi approached Abrasha Burstyn, the CEO of Mirs Communications Ltd., an Israeli subsidiary of Motorola Inc., with a proposed cell phone concept. The result is a phone that fulfils what the rabbi saw as a need to block objectionable content from the eyes and ears of other ultra-Orthodox Jews in Israel. It has been stripped of functionality and simply makes and receives calls. It can’t send or receive text messages or access the Internet. There’s no camera. And more than 10,000 phone numbers for dating services and sex hotlines have been blocked. But the phone offers steeply discounted per-minute charges when calling another kosher phone. But it will cost you a whopping $2.44 a minute for calls placed on the Sabbath.

No. 2: The Muslim cell phone

If ever there was a religion that needed a special cell phone, it’s Islam. The reason is that Muslims pray facing Mecca five times a day. If you live or are close to a Mosque, you’ll be notified when to pray by the “call to prayer”. Once inside, the whole building is oriented toward Mecca. But if you’re a Muslim in a big, foreign city, which way is Mecca? When are prayers? And where can I find a mosque? A good Muslim cell phone solves all that. There are several Muslim cell phones available in various countries. The best I’ve found is made by a Singapore-based company called Ilkone Asia. Called the Ilkone I-800, the phone not only plays its own call to prayer at the appropriate times, but points toward Mecca and plays recorded prayers over the speakerphone. The phone also comes with the full text of the Quran in both Arabic and English. The Ilkone I-800 is available in Indonesia.

No. 1: The Buddhist cell phone
The best religious cell phone in the world is made for Buddhists. This highly modified and rare Nokia N70 is currently available only in China. Like other religious cell phones, the Buddhist phone has Buddhist ring tones, software and other trappings. What sets this phone apart from the pack is the sheer beauty and detail of the customization. The phone is reportedly gold-plated and contains a piece of jade called the “Buddha video button.” When you press it, you can watch a Buddhist video.
Another embedded jade piece lies on the back in the middle of the speaker and is just for decoration. The back has an embossed image of the Buddha. It plays classic Buddhist music and 12 sutras. The battery, stylus – even the little door that provides access to the removable media card – are all adorned in Chinese Buddhist style.
If you’re religious, or even if you aren’t, enjoy your favourite cell phone while you can. Because even though each of these is small, pocket-sized and mobile, you can’t take it with you.

And on that note I would like to say, keep the faith.