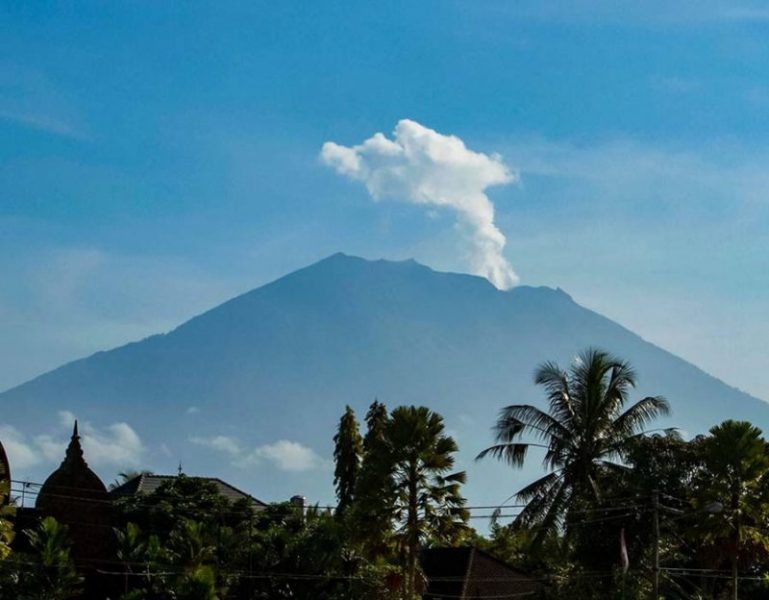 The alert status of Mount Agung in Bali has finally been lowered after authorities announced a decrease in its volcanic activity, which had forced around 133,000 residents to flee in the last few weeks.

The high level of volcanic activity last month prompted authorities to declare the highest level of alert status for Mount Agung, which has now been lowered to the second-highest alert level. However, officials said public activity was still prohibited within a radius of 7.5km.

“The volcanic activity at Mount Agung is decreasing…but it must be understood that it still has the potential to erupt,” the National Disaster Mitigation Agency (BNPB) said in a statement, as quoted by Reuters.

The lower alert level of Mount Agung will come as a relief to not only the locals but also Bali’s tourism industry which has been negatively affected by the scare, despite reassurances by the Bali governor and tourism agency that most tourist attractions in Bali remain absolutely safe for a visit.

The BNPB has reported that thousands of the evacuees that had been put in temporary shelters were preparing to return to their homes. The volcano last erupted in 1963, killing more than 1,000 people and razing several villages.