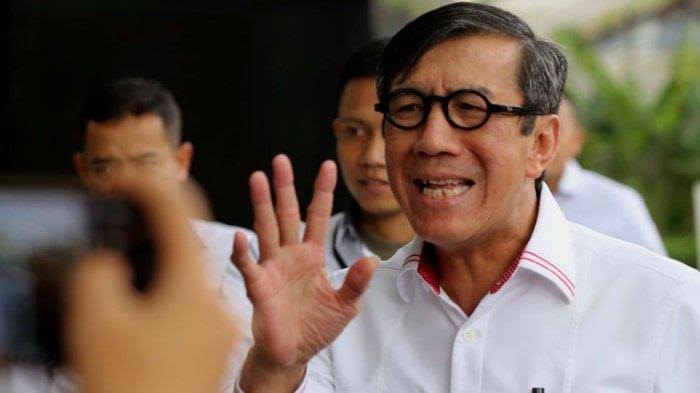 The Minister of Justice and Human Rights, Yasonna Laoly, has signed regulations concerning the temporary suspension of visa-free visit, visas, and the granting of emergency permits to remain in Indonesia to Chinese citizens.

The changes are stated in the Ministerial Regulation (Permen) of Law and Human Rights of the Republic of Indonesia Number 3 2020, signed by Yasonna on 5th February 2020. It forms a part of Government’s efforts to prevent the entry of the novel corona virus into the country, that has originated from the Wuhan region, China.

“Based on the WHO’s announcement that the corona virus has become an international epidemic, Indonesia has placed restrictions mainly on the movement of Chinese citizens and other citizens who have visited China within 14 days before having entered Indonesia,” confirmed the Head of Public Relations and Protocol of the Directorate General of Immigration, Arvin Gumilang.

The Ministerial Regulation stipulates the temporary suspension of granting visa-free visits and visas given to Chinese citizens and foreigners entering from China who have lived and or visited China within 14 days before entering Indonesia.

“For example, if someone enters Indonesia today, we see in their track record that in the past 14 days they have been to China or not? Or if he directly departed from China, it will be automatically rejected. If he entered from another place but within 14 days before he has been to China, it will also be rejected,” said Arvin.

The provision of a period of 14 days has been put in place due to the understanding of the incubation period related to novel corona virus.
Meanwhile, the Ministerial Regulation also regulates the conditions of residence permits. The permit can be given to Chinese citizens who have fulfilled a number of provisions.

Chinese citizens who wish to apply for a residence permit for emergency reasons, can send an application to the head of the Immigration Office or a designated Immigration Official whose working area covers the foreign nationality’s residence.