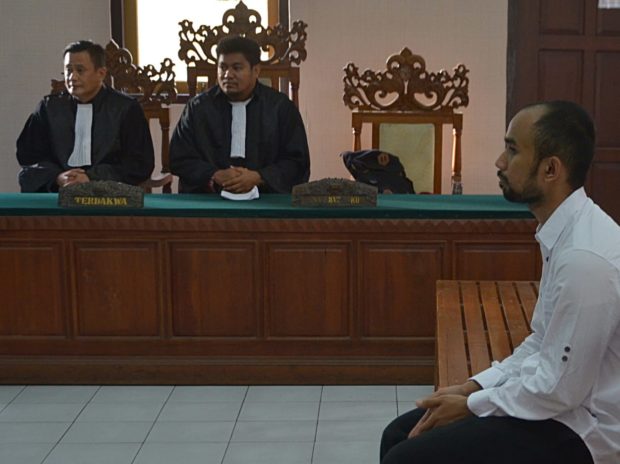 The Denpasar District Court in Bali has sentenced a Malaysian resident to seven years’ imprisonment for the possession of illegal drugs.

The man, 23-year-old Mohammad Eryfan bin Jamaluddin, was found guilty of possessing 15 pills of MDMA, known also as ecstasy, and 1.7 grams of ketamine.

“The court has found him guilty of violating Article 113 of Law No. 35/2009 on narcotics,” said presiding judge Estard Oktavi on Wednesday as quoted by antaranews.com.

Mohammad was also ordered to pay a fine of Rp 1 billion (US$67,060) or else face an additional four years in prison.

He was arrested at Ngurah Rai International Airport on March 4 at 8:15 p.m. local time after landing from Kuala Lumpur, Malaysia. Customs officers found a package inside his underwear that contained the drugs.

During an interrogation, Mohammad confessed to having bought the pills from a dealer in Malaysia for 200 RM. Prior to his departure to Bali, Mohammad consumed two of the MDMA pills and carried the rest of the drugs on him.