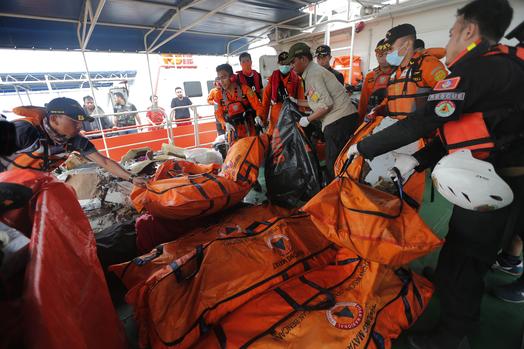 The Disaster Victim Identification (DVI) team has identified the DNA from the 626 body parts belonging to the victims of the ill-fated Lion Air flight JT 610 on Friday, November 9.

Sr. Comr. Saljianah, the head of the DVI’s antimortem team, said all the DNA samples that had been identified came from 194 body bags.

“The DNA samples do not include the eight bags we received last night,” Saljianah said at Kramatjati Police Hospital on Friday, November 8.

Until Thursday, the DVI team had identified body parts belonging to 71 of the 188 victims. All of the body parts have been returned to the victims’ families.

To date, the DVI team is still trying to identify the remaining body parts and has successfully identified other body parts belonging to 20 more victims.

“Today, there will be another reconciliation session. Pray that more bodies will be identified,” he said.

Saljianah said the DVI team would continue to identify all bodies parts received from the Lion Air flight JT 610’s crash site although the search operation by SAR teams had ceased.

“This means that even if the search is complete, all the body parts that are still in the police hospital will be identified,” Saljianah said.