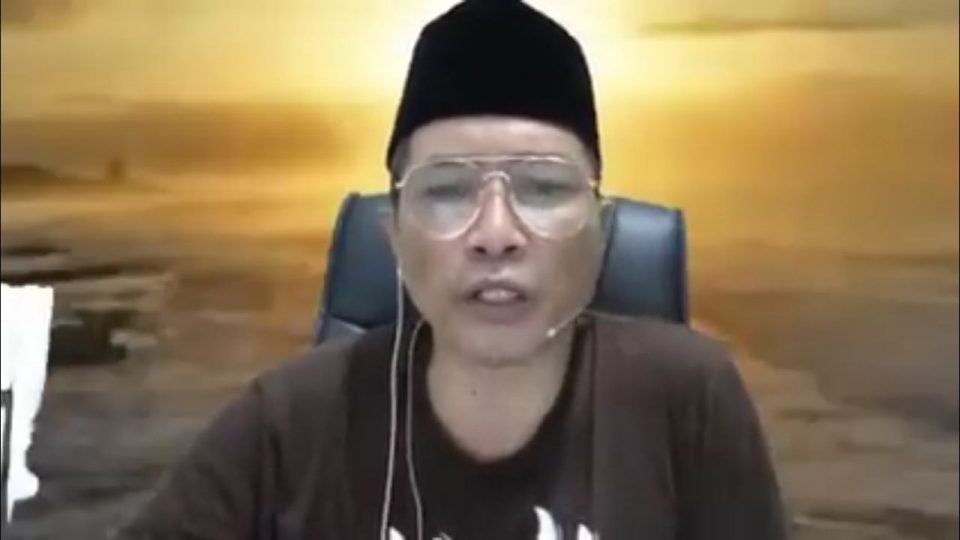 Police on the Indonesian resort island of Bali have arrested a YouTuber for alleged blasphemy after he posted content considered insulting toward to the Muslim prophet, Muhammad.

Muhammad Kace alias Muhammad Kece was arrested on Tuesday night (August 24) at a hiding place in Bulang village, North Kuta. He was flown to Jakarta the following day for questioning by the National Police Criminal Investigation Department.

He could be jailed for up to six years if tried and convicted of blasphemy and deliberately spreading information that causes hatred and hostility.

In one of his videos, Kece had claimed the Prophet Muhammad was surrounded by jinn, which are regarded as evil demonic spirits and liars.

Kece also courted controversy by criticizing “the yellow book” (kitab kuning). This is an old-fashioned textbook on Islamic studies, printed on yellow paper and traditionally used in Indonesian Islamic boarding schools (pesantren). The yellow book’s content can range from interpretations of the hadith (traditions based on reports of the sayings and deeds of Muhammad), aqidah (the Islamic belief system), Islamic science, culture, fairy tales and sagas.

In a video titled ‘The Confusing Yellow Book’, Kece said the textbook was misleading, heretical and caused radicalism. He suggested it was used by pesantren that follow Salafism, a movement of usually nonviolent Islamic puritanism, focused on gender segregation and avoidance of Western culture.

Kece’s videos prompted calls from Muslim leaders for his arrest. They accused him of insulting Islam and said his actions had the potential to cause social divisions and unrest. Religious Affairs Minister Yaqut Cholil Qoumas weighed in on the debate, saying Kece’s comments amounted to hate speech against religious symbols. The minister said religious preaching should be used to promote understanding, rather than insults.

Police said about 20 videos of Kece’s 400 videos had been removed or blocked. Police also urged the public not to share Kece’s videos, warning they could face punishment under the Electronic Information and Transactions Law.

Prior to his arrest, Kece had uploaded a video defending himself from criticism issued by the Indonesian Ulemas Association (MUI), the nation’s top Islamic authority. Kece said he was being criticized because he had dared to publicly translate a verse of the Al-Qur’an regarding Muhammad and jinn.

According to local media reports, Kece is originally from West Java and was a Muslim before allegedly converting to Christianity in 2014. He started posting content on his current YouTube channel on July 17, 2020.

More than 150 people have been arrested for blasphemy in Indonesia since the fall of former long-serving president Suharto in 1998. The Constitutional Court has repeatedly rejected petitions to annul the blasphemy law, despite claims that the law is contrary to free speech and fosters discrimination of minorities outside official religions.

Indonesia’s Constitution declares “The state is based upon the belief in the One and Only God.” This has been interpreted by some legal scholars to mean the promotion of atheism is indirectly prohibited, although not explicitly criminalized. According to the Constitutional Court, freedom of belief and expression cannot be used as justification for public actions that are deemed insulting toward religious teachings or holy books.