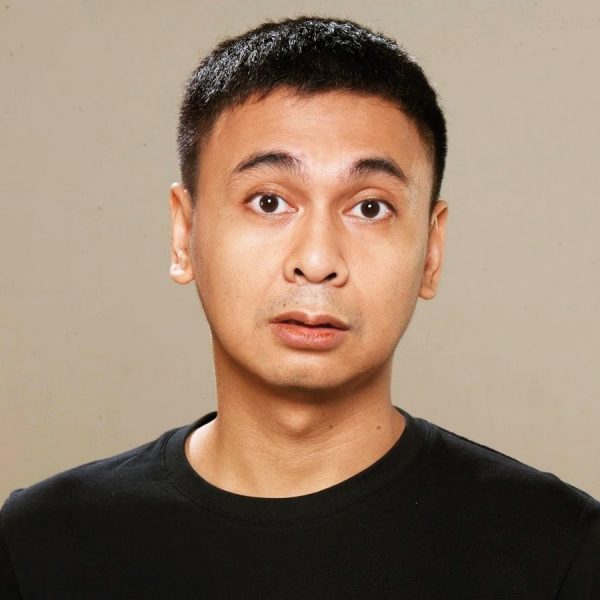 At first glance, Atta’s content seems infantile and unoriginal. He posts rip-off prank videos, promotes shallow materialism and interviews celebrities hitching their wagons to his rising stardom. But he’s smart enough to keep churning out this childish dross to become a superstar.

I had never heard of Atta prior to researching this article, though I had heard people mimicking his “ashiaaap” catchphrase. Muhammad Attamimi “Atta” Halilintar (24) was Southeast Asia’s first YouTuber to get 10 million subscribers. He was born in Dumai in Sumatra’s Riau province in 1994. He’s the eldest of 11 children in the Halilintar family. Growing up in Malaysia, he got into business while in school, selling food and toys. He later sold mobile phone credit, used cars and mobile phones. Atta jumps on just about any trending bandwagon, such as promoting environmentally unfriendly squishy toys. He thinks Lamborghinis are cool, but he can’t pronounce Lamborghini correctly. Not shy of soliciting donations, he’s building a mosque to express gratitude for his success.

I don’t feel more intelligent after watching videos by Ria Ricis. Stupid clown hooter sound effects? Check. Waving squishy toys? Check. Clapping herself, pouting and begging for likes and subscribers? Check. Pretending that evil spirits are real? Check. If Indonesia wants to be a smarter country, then stuff like this should be replaced with educational content. What’s the deal with squishies? It’s disturbing to see a 24-year-old behaving like a four-year-old.

Ria Yunita, born in Batam in 1995, better known as Ria Ricis, came under criticism for vlogging from the grave of comedian Olga Syahputra, who died in 2015 at the age of 32. She was also criticised by environmentalists for posting videos where she seemed to dispose of squishies in the toilet and in the sea. Her fans accused her critics of slander. Perhaps the zenith of her infantile attention-seeking was the so-called “Kiki Challenge,” in which she leapt out of a moving car and performed a “dance” to Canadian hip-hop singer Drake’s song In My Feelings on a road and then jumped back into the car. Police prohibited the stupid challenge with a banner featuring Ricis. Her response? She complained that police had not sought permission to use her image.

If you can’t get enough of those zany antics of Indonesia’s top YouTuber, Atta Halilintar, then check out this channel, which showcases the zany antics of his siblings and parents. The first Gen Halilintar video that I clicked on seemed to be an IQ test. If you’re still watching after the first 20 seconds of inane shouting and screeching, perhaps you shouldn’t bother taking that Mensa test. The second video I clicked on featured five girls, all resplendent in headscarves, sitting around a table, squeezing and sniffing a long hotdog squishy and a banana squishy. Superb entertainment. In another video, the kids spend Rp3.5 billion (US$247,000) on a new car for their parents. In one of the most moving videos from 2016, the family’s recently deceased grandmother was filmed from her deathbed all the way to the grave. Comments from viewers included: “Who’s still watching this in 2019?” and Who’s watching in 2019? Click like.”

Hey guys! Calon Sarjana is the Indonesian term for a university undergraduate. Which is ironic, guys, as you don’t need a degree to produce unoriginal content. Don’t forget to subscribe, guys! Calon Sarjana watermarks its own logo over content that has been spliced together from other videos. There are plenty of lewd clickbait thumbnails, such as showing a woman with her clothes seemingly falling off. One video, described as a maid caught stripping to her underwear, is actually just an ad for washing detergent. Hey guys! Other videos suggest mermaids and ghosts are real. Not exactly scholarly stuff. Mariah Carey’s side-boob and Mr Bean are featured. The unrelenting use of “hey guys” is not cool. A popular comment is “Who wants to go to heaven, click like.”

Hi guys! This channel is all about Raffi Ahmad. I recognised this TV presenter’s name from media reports back in 2013, when he was arrested for possession and use of marijuana and methylone, an addictive stimulant. While poor Indonesians get hefty jail sentences for drug abuse, it’s a different story for their wealthy compatriots. They can go to rehab instead. Raffi claimed he needed drugs to perform on TV. Efforts by his lawyers to have the case thrown out were unsuccessful, but that didn’t matter. East Jakarta District Court ended up ordering Raffi to undergo three months of rehab at Lido in West Java. His YouTube videos show scenes from his family life with his wife and their young son. Treat yourself to some hilarious prank videos, such as the one where the son puts some rambutan fruit in Raffi’s bed! There’s also a video where a rotund geezer pretends to pass out after a beach race, so Raffi gives him a sugar-laden, heavily promoted branded drink and the friend pretends to recover. Such jolly japes! Or you can watch videos of Raffi’s wife applying her makeup. The fun never stops.

This is the YouTube channel of the television network owned by tycoon and former chief economics minister Chairul Tanjung. Infotainment and entertainment are the order of the day. Popular content includes hospital comedy sketches that make the British Carry On movies look like Fellini films. One particularly frightening video teaches children their parents will go to hell, should the parents fail to perform daily prayers. There’s a charming series of comedy skits featuring the verbal jousting of three young boys, replete with cheesy sound effects and canned laughter, just in case you’re missing the jokes. There are also some videos suggesting that supernatural stuff is real.

Indosiar is one of Indonesia’s top television broadcasters. The most popular uploads on its YouTube channel are clips from the D’Star dangdut talent show. Also widely viewed are highlights of soccer games won by Indonesia. But the best content is a superb religious soap opera, called Azab, serving up cautionary tales against sinning. Women are portrayed as liars, gold-diggers and marriage-wreckers, who invariably meet gruesome deaths as divine punishment for their wrongdoings. It’s marvellous entertainment and judging by some of the comments, plenty of the viewers are amused. Less popular are the clips from the police news show Patroli, in which officers tackle road accidents, gang fights and murder.

YtCrash stands for YouTube Crash. It purports to present the facts behind various events and viral news from the world. There’s a video claiming that passengers of Lion Air’s fatal Flight JT610 would have been saved if only the plane had been equipped with a detachable cabin. One of the channel’s most popular videos is about residents of a Jewish village being cursed to become monkeys. Another is about scrotum-shaped stress balls. The most popular upload shows some hilarious misunderstandings in WhatsApp message chats. Another video has the grammatically and factually incorrect clickbait title, “Girls are Treated Indecent, She Just Surrender.” Originality seems to be in short supply. At least one video is swiped from the Alltime10s channel. The Indonesian rip-off version features a thumbnail depicting “Fake Jesus, Real Jesus,” something that upset Christian viewers.

One of the younger siblings of Atta Halilintar, Saaih was born in Malaysia in March 2002. Materialism and obnoxious arrogance are strong themes. Especially in the unoriginal video where he produces a truckload of coins to purchase a Rp1 billion luxury car. Even in doing something as mundane as unboxing products, he manages to set a bad example to children. For example, he uses a meat cleaver to chop open a box containing a smartphone and the puts the phone into a pot of boiling noodles. In April 2018, Saaih posted an Instagram video in which he ripped apart a Rp100,000 banknote, tearing across founding president Sukarno’s face. In response to criticism, he apologised and claimed the banknote was “play money.” Big brother Atta explained that Saaih is just “too creative.” Saaih’s video editing skills may be superior to those of his older sibling, but it’s painful to endure his incessant begging for viewers to subscribe.

Guys, this channel doesn’t try to fool you into thinking you’re viewing originally filmed content. It clearly states its sources. Guys, its most popular video – but remember to click like and subscribe first, guys – features dead whales exploding. Guys, compared to some other channels, the content here is relatively educational and harmless, guys. Really, it’s not bad, guys.

This Top 10 list is extended to 11 in order to include a genuinely amusing and clever YouTube channel. I usually cringe and sprint to the exit when in the vicinity of stand-up comedians, but Raditya Dika is a talented performer. He has also written seven best-selling books. He speaks his critical mind and doesn’t pander to the masses by producing shallow pap. His performances really are funny, not least because he makes jibes at fellow YouTubers such as Atta Halilintar and Ria Ricis (first and second on this list). His candour, sarcasm and dry wit are the perfect antithesis to the infantile screaming, stupid sound effects and laugh tracks of other so-called comedy channels. And even in his inevitable luxury car video, he can pronounce Lamborghini correctly. Radit, who was born in 1984, has been around for a while and was the first Indonesian YouTuber to gain 1 million subscribers. His observational comedy is worth watching. Several of his videos have English subtitles.