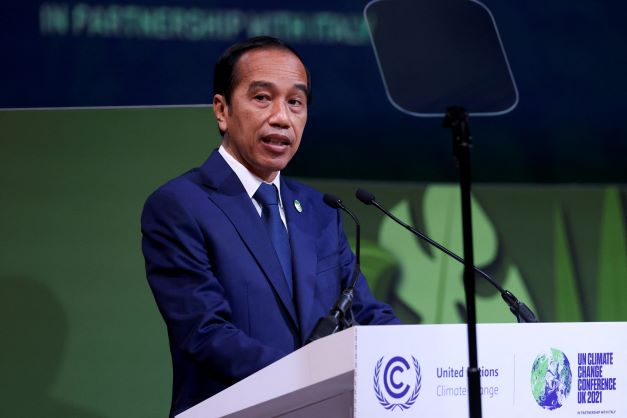 According to Jokowi, the war in Ukraine is one of the strong reasons Indonesia, as holder of the G20 presidency, is considering bringing Zelensky to the conference.

“The G20 has a role as a catalyst in the recovery of the world economy. When we talk about the world economy, there are two factors affecting it today; the first is the COVID-19 pandemic and the second is the war in Ukraine,” said Jokowi in a press statement shared by the Presidential Secretariat’s YouTube channel on Friday 29th April 2022.

In this context, during a telephone conversation with Zelensky on Wednesday 27th April, Jokowi decided to invite Ukraine to attend the G20 Bali Summit. Zelensky shared an update on what was happening in Ukraine during the conversation too.

“I emphasise that, in accordance with the mandate of the Indonesian constitution and the principle of Indonesian foreign affairs, it is prohibited to provide weapons assistance to other countries. However, I conveyed Indonesia’s readiness to provide humanitarian assistance,” stated Jokowi.

Jokowi then communicated with Putin on Thursday 28th April 2022 about the G20 forum. Putin shared an update regarding the situation in Ukraine, including the ongoing negotiation process between Russia and Ukraine.

Jokowi stressed the importance of the war needing to end immediately and peaceful solutions needing to continue to be put forward.

“President Putin expressed his gratitude for the invitation to the G20 summit and he said he would attend,” said Jokowi.

“Indonesia wants to unite the G20, lest there be divisions. Peace and stability are the keys to the recovery and development of the world economy.”

The war in Ukraine has affected the dynamics of the G20 international forum. United States President Joe Biden, Australian Prime Minister Scott Morrison, and Canadian Prime Minister Justin Trudeau do not want to share the table with Putin at the G20 forum.

After the Extraordinary NATO Summit at the end of March, Biden asked Indonesia not to invite Russia to the summit of the G20 event and asked the presidency to present Ukraine instead.