Researchers from Harvard and Columbia universities estimated there were more than 90,000 early deaths this year in areas close to haze-producing fires in Riau and North Sumatra. With numbers like this in mind, it would be foolish not to take precaution.

A new report from UNICEF says most of the 2 billion children in the world who are breathing toxic air live in developing nations like India and Indonesia. These kids can experience serious health problems like damaged lungs, brains and other organs. Of the global total, 300 million of these children are exposed to pollution levels more than six times higher than the standards set by the World Health Organization. 620 million of them live in in South Asia.

According the US Embassy in Jakarta, the air quality is often at unhealthy levels. On a recent Friday night in South Jakarta, the Air Quality Index at 336, as measured by the Laser Egg. Any reading over 151 is hazardous for everyone.

The AQI is an index for reporting daily air quality. It tells you how clean or polluted your air really is, and what associated health effects might be a concern for you. The AQI focuses on symptoms you may experience within a few hours or days after breathing polluted air. A score between 0 and 50 generally means the air is okay to breath. A score between 100 and 150 means the air is starting to become unhealthy. At this level people with heart and lung diseases, older adults and children are at a greater risk due to exposure to ozone, but also from the hazardous particles present in the air.

If you’re raising a family in Jakarta, this is something that should concern you. Your children face much higher health risks from air pollution than you do. Kids breathe twice as fast, and draw in more air in relation to body weight, while their brains and immune systems are still developing and vulnerable.

However, there are ways you can be aware of what your family is breathing in the archipelago. The first thing you’re going to want to do is get a pollution meter that can probe the air in your home several times per day. The Laser Egg is likely the easiest and most affordable gadget to put in your home for this purpose, and it only takes up about as much space as a small alarm clock. 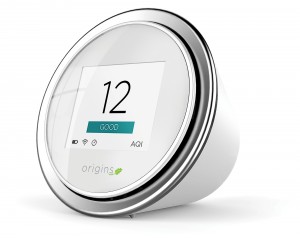 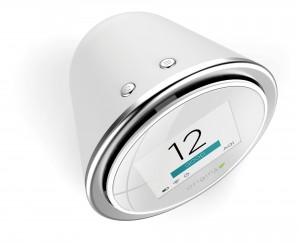 The Laser Egg tells you instantly and accurately about the air you’re breathing, as per AQI standards, so that you know whether or not your efforts to keep your home clean and healthy are working. If you notice the Laser Egg telling you the AQI level is unsafe, then you can take action to clean the air in your home, or in a particularly dangerous case, remove your family from the hazardous area.

In Indonesia, you can pick up one of these devices for Rp.1,495,000, which is super cheap when considering the value. Although the Laser Egg looks simple and sleek, it packs professional-grade tech that’s typically only found in air quality monitors priced more than US$5,000. The gadget provides air quality readings in real-time, and measurements are displayed on the LCD screen every 0.1 seconds. It can also link to your smartphone via your home’s WiFi, so you can instantly know the air quality by looking at your mobile device.

The Laser Egg also makes sense if you live in or travel to places affected Indonesia’s annual forest fires and haze. Researchers from Harvard and Columbia universities in the US estimated there were more than 90,000 early deaths this year in Indonesia in areas closest to haze-producing fires in Riau and North Sumatra. That’s how serious the problem of air quality is in the world’s largest archipelago. With numbers like this in mind, it would be foolish not to take precaution.

The Laser Egg has a small fan that sucks in ambient air in via the back of the unit and pushes it out the front. In the core, a laser beam cuts through the air current. As particles pass through the laser beam, the light is refracted. A sensor picks up the subtle changes, and information about the size and number of particles passing through is determined through a series of algorithms.

Laser Egg by Origins Technology is a highly innovative air pollution meter perfect for AQI monitoring in polluted cities like Jakarta and areas where forest fires often occur. The gadget aims to make a difference in your life, while protecting the health of your loved ones. For more information, visit http://originstech.com/products/laser-egg/

Rockefeller and the Demise of Ibu Pertiwi