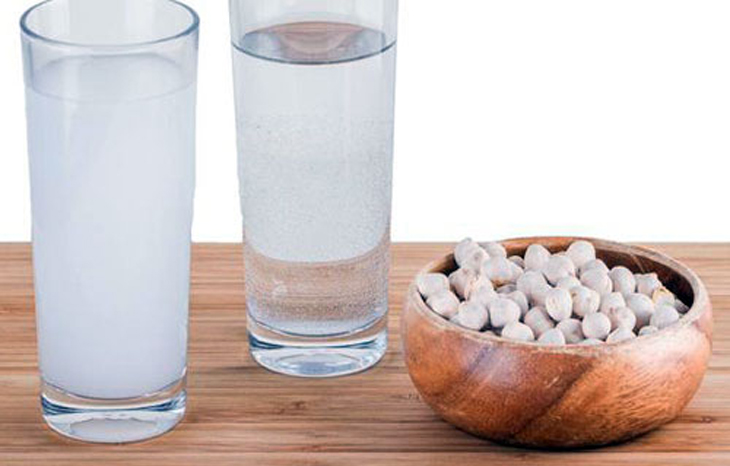 From 30 metres above the ground, Benny, a slender man in his 40s, lowers down a handmade bucket woven from dry palm leaves, tied to a rope wrapped around his waist.

Standing only on foliage and without any safety equipment, Beni carefully passes down the bucket containing sap from what locals call “the tree of life”. His partner, Markus, is waiting in anticipation below; he receives the bucket before smiling and offers us a taste. My encounter with Beni and Markus, like many other of my previous interesting introductions, started with a shot of liquor.

A day before, my film crew and I visited the traditional village of Doka on the island of Flores, East Nusa Tenggara. Set on lush green hills in the highlands of Sikka Regency, this village is renowned for its traditional, beautiful, natural-dye woven cloth. Customary to tradition, we were greeted with a welcome drink that I have never tried before. Intrigued by the taste which I can say is not like anything I have ever had, I asked where it was made. That brings us here, in the sleepy village of Habi Gahar, around 15 minutes from Maumere, tasting freshly collected sap from a lontar palm tree, the main ingredient for making Moke.

The lontar palm is a tree that grows in dry areas with not a lot of rain. Despite that, it produces a watery sap, also called palm nectar, that has a milky translucent colour similar to coconut water. As I drank straight from the bucket handed to me by Markus, I was quite stunned by how sweet and refreshing it tasted, very different from the Moke I had in Doka.

Markus tells us that the sap has yet to be fermented, thus it does not contain alcohol. This unfermented sap is called nira, and is packed with sugar, essential elements, vitamins, minerals, and protein. When Markus was a child, his grandfather would tell him stories on how drinking nira would prevent his family from starving during long periods of drought, a problem constantly suffered in East Nusa Tenggara; one of Indonesia’s driest provinces with an annual rainfall of less than 1,000 mm a year.

Beni, still on top of the tree, shouts down telling us he is going to the next tree. To our surprise, he doesn’t climb down but instead crosses to a tree nearby by walking on a makeshift bridge made by tying two palm leaves from a different tree together with rope. I find myself rushing with adrenaline as if I’m watching an acrobat balancing on a tightrope. I asked whether or not that was safe, to which Markus calmly said, no.

In fact, the number of Moke distillers in Habi Gahar is declining. Many people have given up the profession due to the high risks involved. Markus has several friends that were crippled due to falling when tapping lontar palms – a handful has even lost their lives.

At the time of my visit, there were only 13 people left making traditional Moke in this village. The reason most Moke distillers continue to do it is that it’s the only thing they know how to do to make a living, passed down from their fathers, their father’s father, and so on. Some actually tried pursuing a safer occupation, but later returned after realising that not many young people were interested in risking their lives and felt they had to preserve this tradition.

After completing this morning’s round of tapping, Beni carefully climbs down the last lontar palm. For a lontar palm to be tapped, it has to reach an age of around 25 years. The sap is collected by making an incision on the unopened inflorescence, or flowering stem. A single lontar palm can produce roughly eight to 15 litres of sap in a 24-hour period, which can be collected twice a day.

We later headed to Markus’ house with the freshly collected sap. The sap is stored in bamboo tubes to ferment naturally. As we pour the sap, Markus told us the fermentation process takes around three days. At that time, the alcohol content is around four percent – any longer and it starts to go sour due to developing acetic acid.

Markus later hands me a cup made from a coconut shell of some previously fermented sap that has turned into palm wine, or what locals refer to as tuak. I can definitely taste the alcohol, accompanied by a mild sweet taste which I’m sure would go really well with some grilled fish.

As we made our way to Markus’ backyard where he produces the Moke in a grass-roofed hut, I saw a clay cauldron set on top of a firewood stove. It turns out, the cauldron is the vessel used to distil the tuak, and is only made at Wolokoli Village, the last remaining place that still makes them. The top side of the cauldron is attached to a bamboo tube, running vertically to a height of about two metres and connected to another bamboo tube that slopes down around five metres long. Inside the bamboo tube are some palm fibres that act as a filter to be replaced every five days.

It takes about three litres of tuak to produce a single litre of Moke. The distillation process is done only once, resulting in 20 to 25 percent alcohol. Markus says he could distil it once or twice more to get a higher alcohol content, but believes it wouldn’t be the proper Moke that the ancestors of Flores drank.

Drip by drip, the Moke makes its way down into a bottle after slowly finding its way up from the cauldron, and through the bamboo tube until no more flow. Markus pours some moke into a cup and spills some on the brewer, the cauldron, and the ground – a ritual moke distillers practice to show appreciation to their ancestors with the hope that their equipment lasts long and they can make good Moke all year round. Many conversations, rituals, and ceremonies always start with Moke; initiating Moke is more than just liquor, but is truly a spirit.