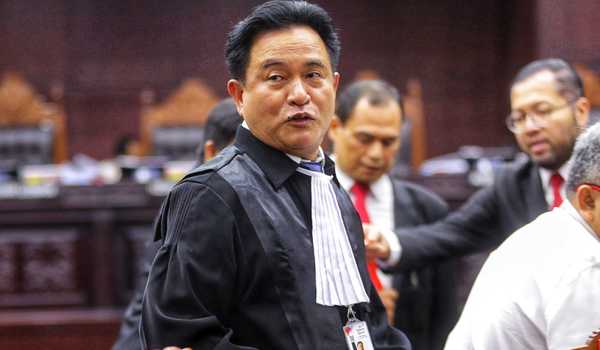 During today’s trial at the Constitutional Court (MK), Joko Widodo and Ma’ruf Amin’s legal team claimed that the 2019 presidential election was held amidst rising post-truth politics.

The legal team representing the winning candidates at the 2019 election also laid out a number of false narratives and hoaxes which circulated throughout the presidential election campaign.

“The greatest challenge faced in the 2019 general election was the post-truth politics phenomenon that has arisen in the past years,” the team’s lead attorney Yusril Ihza Mahendra posited during the trial.

Yusril also urged the political elites to stick with their moral values and avoid provocation. The public’s political preferences have also been dominated by emotional factors instead of rational ones, he suggested.

“The fire hose of falsehood method as a political propaganda tool shall never be practiced in Indonesia’s politics,” said Yusril. “We are eager to move on from the dark ages of hoax and post-truth that is slowly planting hateful narratives into the corners of social life.”