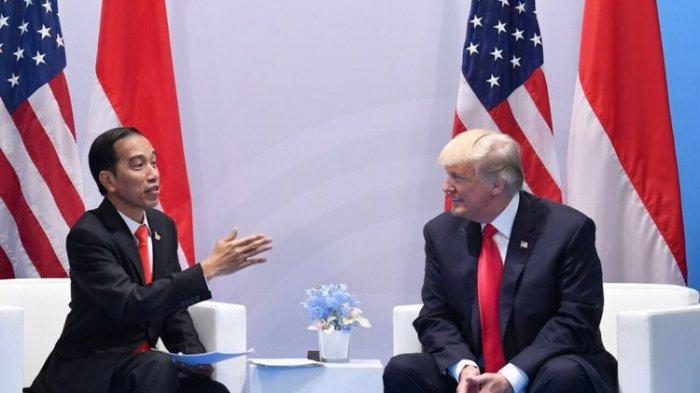 The conversation took place on Friday night at 8pm, from the Bogor presidential palace.
As quoted from the official press release of the Indonesian presidential palace, President Jokowi offered his appreciation for the cooperation between the Indonesian and United States governments in their handling of COVID-19.
The two country’s leaders then conveyed to each other a sense of sorrow and offered condolences for citizens who had died from COVID-19.
Both presidents also brainstormed efforts to overcome health equipment shortages and protective equipment for medical personnel, such as ventilators, gowns, gloves, and masks.

Regarding the need for more ventilators, President Trump explained about the efforts to produce ventilators in his country, to be delivered to Indonesia once ready. This collaboration will be followed up by teams in each country.

“Just talked to a friend, president of Indonesia Joko Widodo. He asks for ventilators that we will certainly provide. Great cooperation between us,”

As reported by AFP on Saturday 25 April 2020, demand for ventilators is now being filled by the United States, with units to be sent to four developing countries that are struggling to deal with the coronavirus.
Trump said that he had spoke via telephone to the presidents of Indonesia, Ecuador, El Salvador, and Honduras. He promised the US would send ventilators; vital medical equipment.

“We will send them a much needed ventilator, which we recently produced a lot, and help them in other ways,” wrote Trump on Twitter about his conversation with the president of Ecuador, Lenin Moreno.
In addition, President Jokowi and President Trump have also agreed to strengthen the partnership in the field of trade and economics to boost economic recovery once the coronavirus pandemic is over

The Netherlands to Use Innovative COVID-19 Breath Test