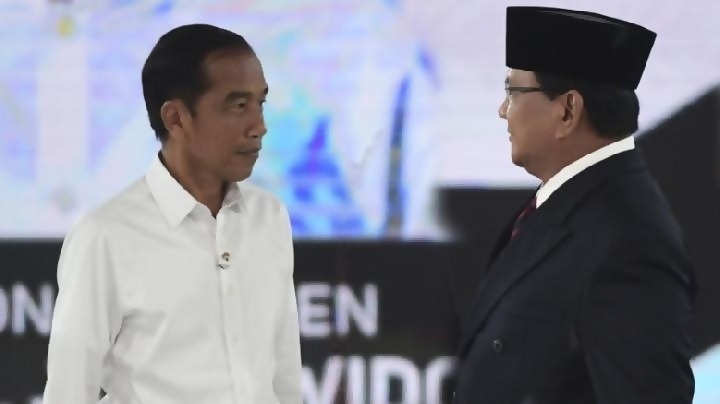 A recent survey by Indo Barometer has put Joko Widodo and his running mate, Ma’ruf Amin, ahead of their rivals, Prabowo Subianto and Sandiaga Uno. The survey involved 1,200 respondents, and with data collected mostly through interviews.

There are five indicators are known to be the key to the accuracy of a survey. According to Indo Barometer’s researcher, Hadi Suprapto Rusli, the first indicator was that a majority of the people, at 64.4 per cent, are satisfied with the government’s performance, while 31.6 per cent claimed to be unsatisfied.

“Some 75.2 per cent of people are expected to vote for Jokowi, as compared to 74.1 percent for Prabowo Subianto,” Hadi stated in a press conference.

The second indicator is that Jokowi is perceived to have a better personality and capability by the masses, as compared to Prabowo. Most respondents also thought that Jokowi has more experience (88.3 percent), is more attentive, and has is less different to the people (86.2 percent).

“The survey revealed that most respondents think that Jokowi is smarter (84.4 percent), more capable of leading (77.7 percent), more Islamic or pious (74.5 percent), and more honest (67.8 percent). Prabowo is great at being firm (83.2 percent) and is respected as a strong leader (79.9 percent),” Hadi noted.

The third indicator is Jokowi’s three-card-program initiative, which has mostly received positive feedback from the people. The three cards are the Basic Necessities Card, the University Card and the Pre-Work Card. The fourth indicator is the fact that a majority of Indonesian Muslim respondents believe that Jokowi represents Islam more than Prabowo does. The fifth indicator shows that Jokowi is simply more popular among all categories of voters, regardless of gender, living situation, islands, religions, ages, education, professions, and coalition parties.

However, Hadi also noted that the Jokowi-Ma’ruf pair might not win if 40 percent of voters do not cast their vote. The Prabowo-Sandi ticket might win if all of their supporters happen to show up and vote. The margin of error in the survey is about 3.83 per cent, with a credibility rate of 95 per cent.