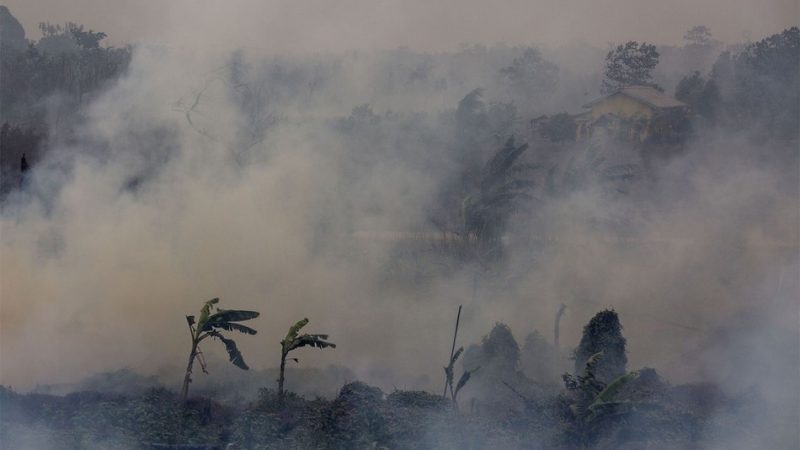 Indonesia plans to reduce by almost half the number of fire hotspots in the country by 2019 as part of an effort to tackle the longstanding problem, the government has announced.

The new plan, recently revealed by the Coordinating Economic Ministry, involves two approaches that the government will be looking to implement. The first is ensuring that the 24,000 square kilometres of degraded peat areas slated to be restored by Indonesia’s peatland restoration agency (BRG) are not burned while the second is boosting prevention efforts in 731 villages in Sumatra and Kalimantan, which are prone to fires.

Through the plan, the government is targeting to protect up to 121,000 square kilometres of land from fire. Should this be achieved, it would reduce the number of hotspots in the country by 49 percent compared to business-as-usual levels.

In its elaboration of the plan, which would involve multiple government agencies and require at least Rp.39 trillion ($2.73 billion) in funding, the government has specified five action points that include providing economic incentives and disincentives, empowering villagers and forest communities to prevent and tackle fires, and improving water management in peat forests.

The government’s plan comes as the country’s Meteorology, Climatology and Geophysics Agency has forecasted that Indonesia will be expecting drier conditions in parts of the country starting in May next year, as a result of the La Niña weather system. In Indonesia, land and forest fires are an annual occurrence, usually brought about by the clearing of forests for logging and monoculture plantations. In recent years the problem has been exacerbated by the draining of peat swamps, leaving them highly combustible.