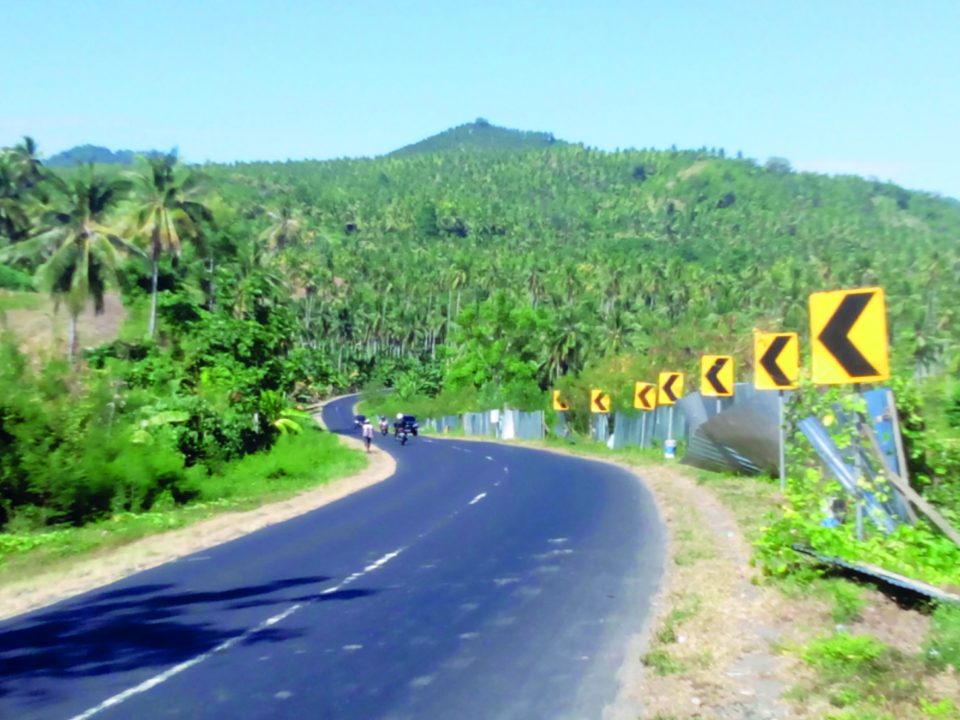 I flew to Gorontalo for a typically pleasant ride mainly along the coast for a mere 400 km all the way to Manado.

“Whenever I see an adult on a bicycle, I have hope for the human race,”

so said literary time traveller H.G. Wells. While I wholeheartedly concur with this life-affirming sentiment, nothing as highfalutin as the salvation of humankind’s mortal soul was on my mind when I packed up my steel horse and bagged a flight over to North Sulawesi for a tour recently. Cycling has taken me all over Indonesia, and indeed Southeast Asia, in recent years, and while surfing, diving, parasailing, and the like perhaps have a more exotic cachet among tropical adventurers, I’d like to say a few words in defence of the humble bike. Indeed, I would suggest that a cycle tour can bring one as much joy as the more Instagram-friendly activities mentioned. 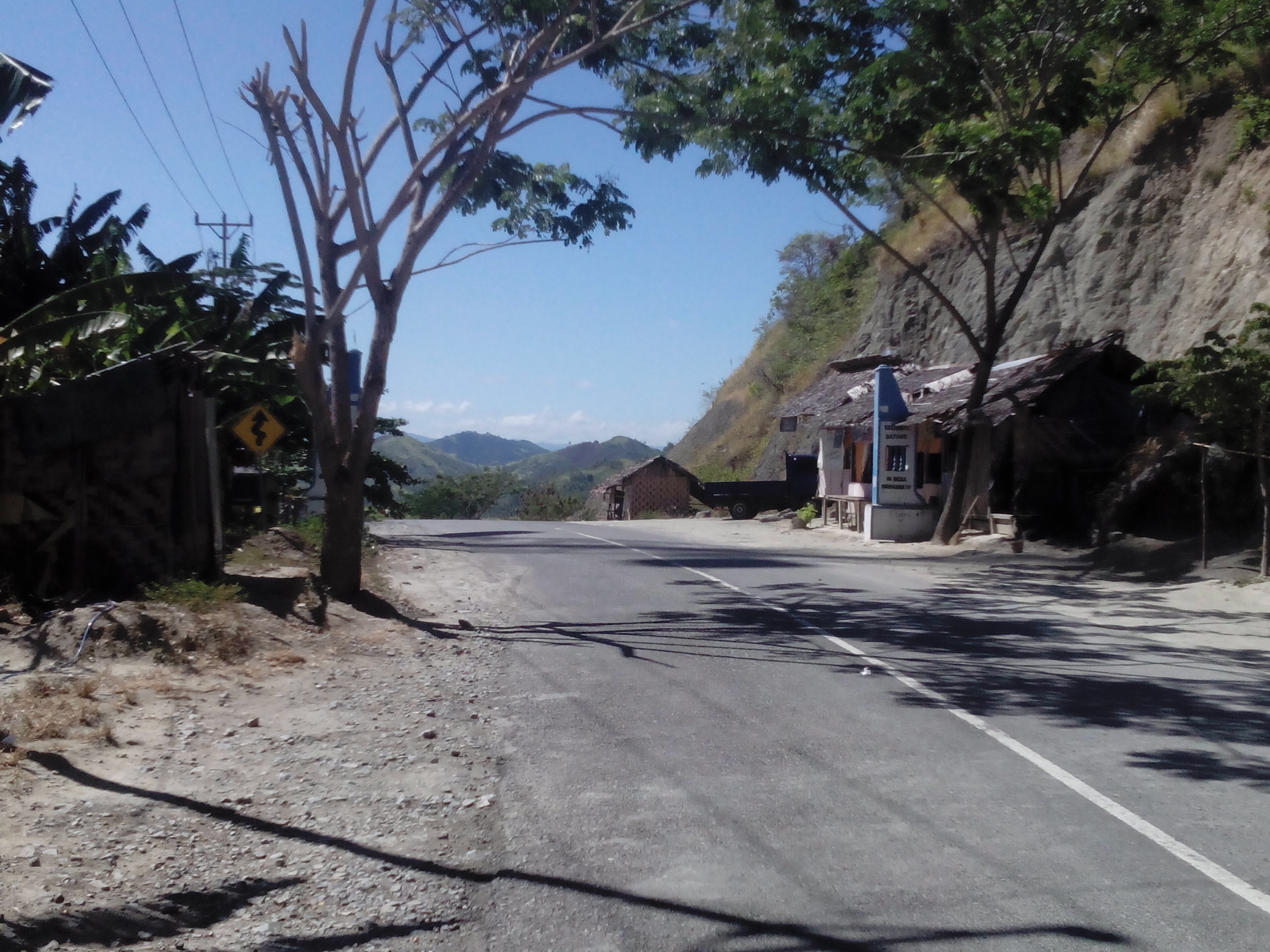 Living in Jakarta, however, you may not think this to be the case. In fact, in terms of choosing a suitable location for a wee bit of pedalling, the trick is to get off the choked thoroughfares of Java altogether so as discover their complete inverse – specifically the endless empty roads and bucolic landscapes which await you on virtually any other Indonesian island, or indeed in most of Indonesia’s neighbouring countries.

If you fancy a try, then a sturdy touring bike, luggage rack and panniers are the order of the day, all of which can be obtained relatively cheaply. Just remember to let your tyres down at the airport so that they don’t explode in the cargo hold, and make sure to get the suitcase wrapping guys to help you seal up your machine with plastic wrap and cardboard to the satisfaction of the airline staff. Then, simply take your panniers aboard the plane as hand luggage. Job done.

In terms of accommodation, there are always cheap guesthouses and hotels to stay in along most routes, so not much prior planning is required for such jaunts. However, a little training to toughen up the old legs may be needed since you are never very far away from a good, solid hill when cycling around Indonesia. A smartphone with Google Maps installed is also essential. 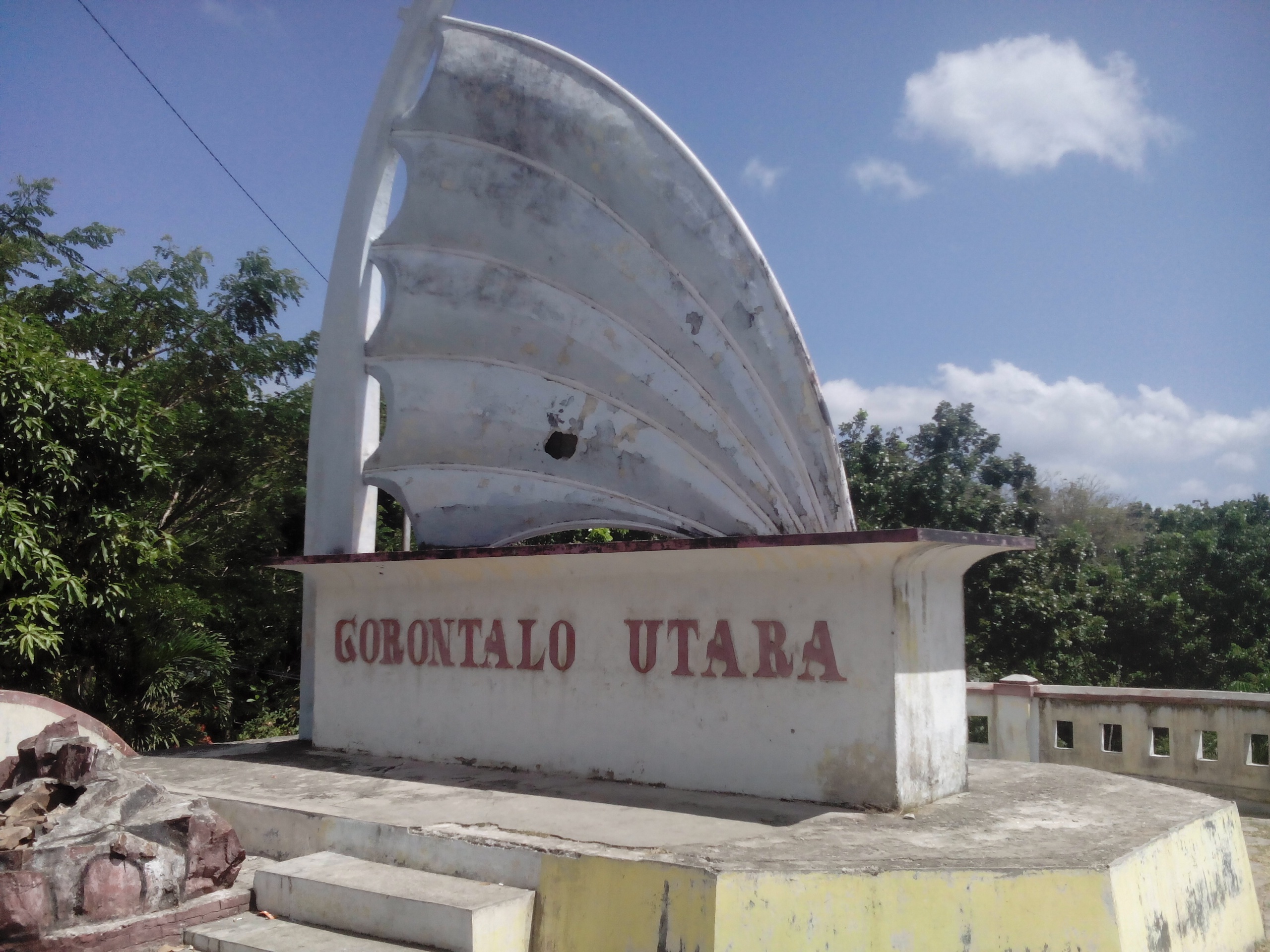 Anyway, back to my recent tour. I flew to Gorontalo for a typically pleasant ride mainly along the coast for a mere 400 km all the way to Manado, plus a bonus day slogging upwards to the famous hill town of Tomohon and back. After landing at Djalaluddin Airport in Gorontalo, I unwrapped my steel wheels, pumped up my tyres and cycled off into town. This initial journey proved to be a typically dusty affair, seemingly as lost in time as so many Indonesian towns and cities are. However, it’s the spectacular countryside between such crumbling conurbations where one’s cycling soul is truly nourished.

In fact, my Gorontalo hotel was actually filled with quite a few Western tourists, as this particular hostel turned out to be the gathering place for cruises to the legendary Togean Islands. However, it was to be a landlubbing holiday for me, sailing along the Trans-Sulawesi Highway on my chromoly clipper. The first stretch took me from the south coast, inland all the way over to the north coast where I then swung eastwards for the 350km ride all the way to Manado following beautiful beaches and headlands for the entire four-day ride. Coastal rides can be quite lovely in Indonesia and are perhaps better suited to those new to cycle touring, as they tend to be a little flatter, although often coast roads will take you a little inland, maybe one or two km from the actual shoreline, meaning that you don’t get to see the ocean all the time. 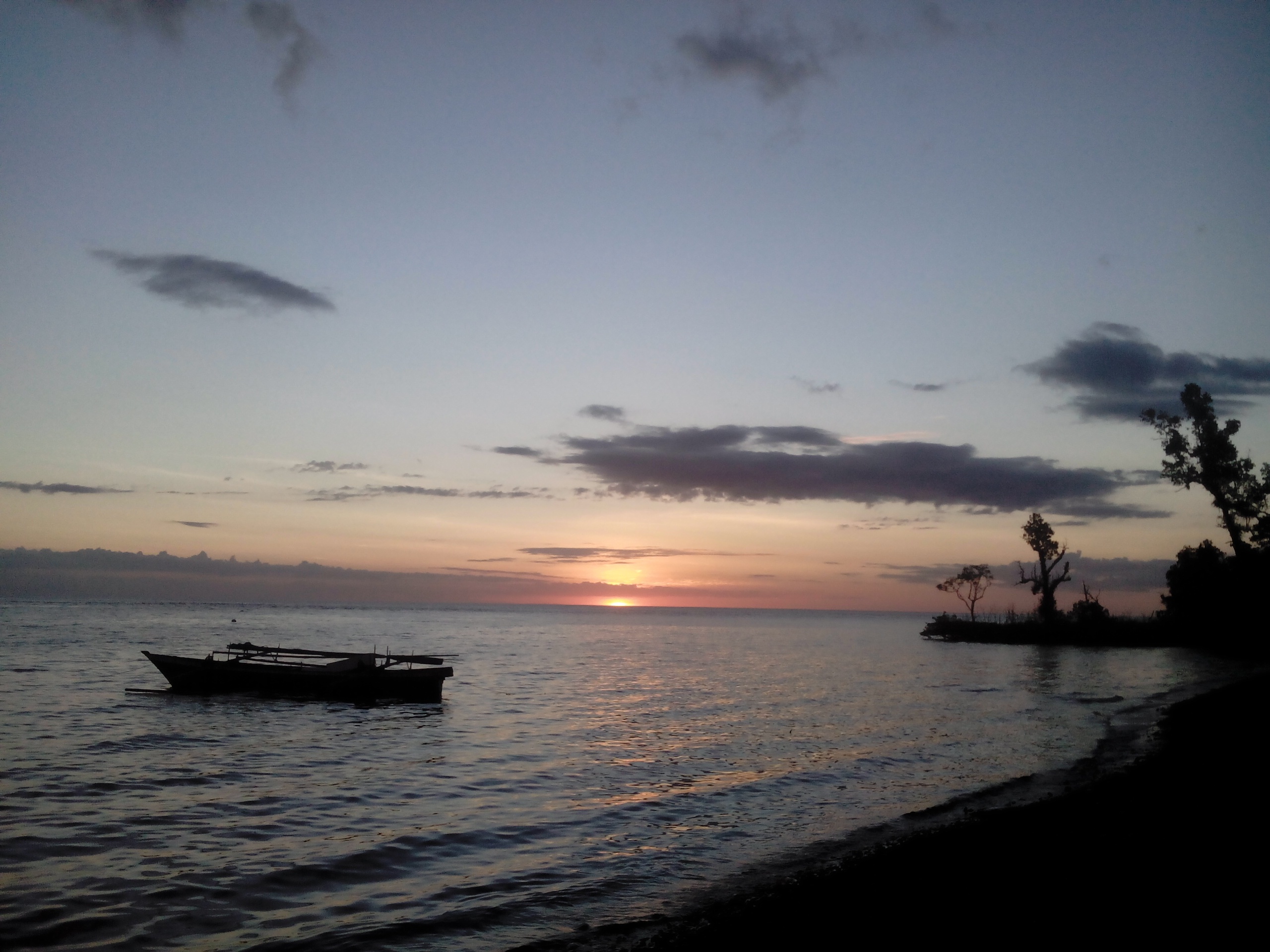 That said, this northernmost stretch of the Trans-Sulawesi Highway hugged the coast like a blanket most of the way, although there were a few headland climbs to trundle up (make sure your bike has a wide range of gears for climbing if you try a tour). If you ultimately become a real cycle tourist then, where hills are concerned, hate will eventually transform into love and you will find yourself becoming a latter-day Sisyphus, endlessly rolling your 30-speed beast of burden up ever steeper gradients. Weather-wise, this actually turned out to be one of the hotter tours I’ve done, although cycling generates a nice cooling breeze which evaporates sweat off the body very quickly, keeping your body temperature at a reasonable level. That’s the theory anyway, but make sure you keep yourself well hydrated at all times. 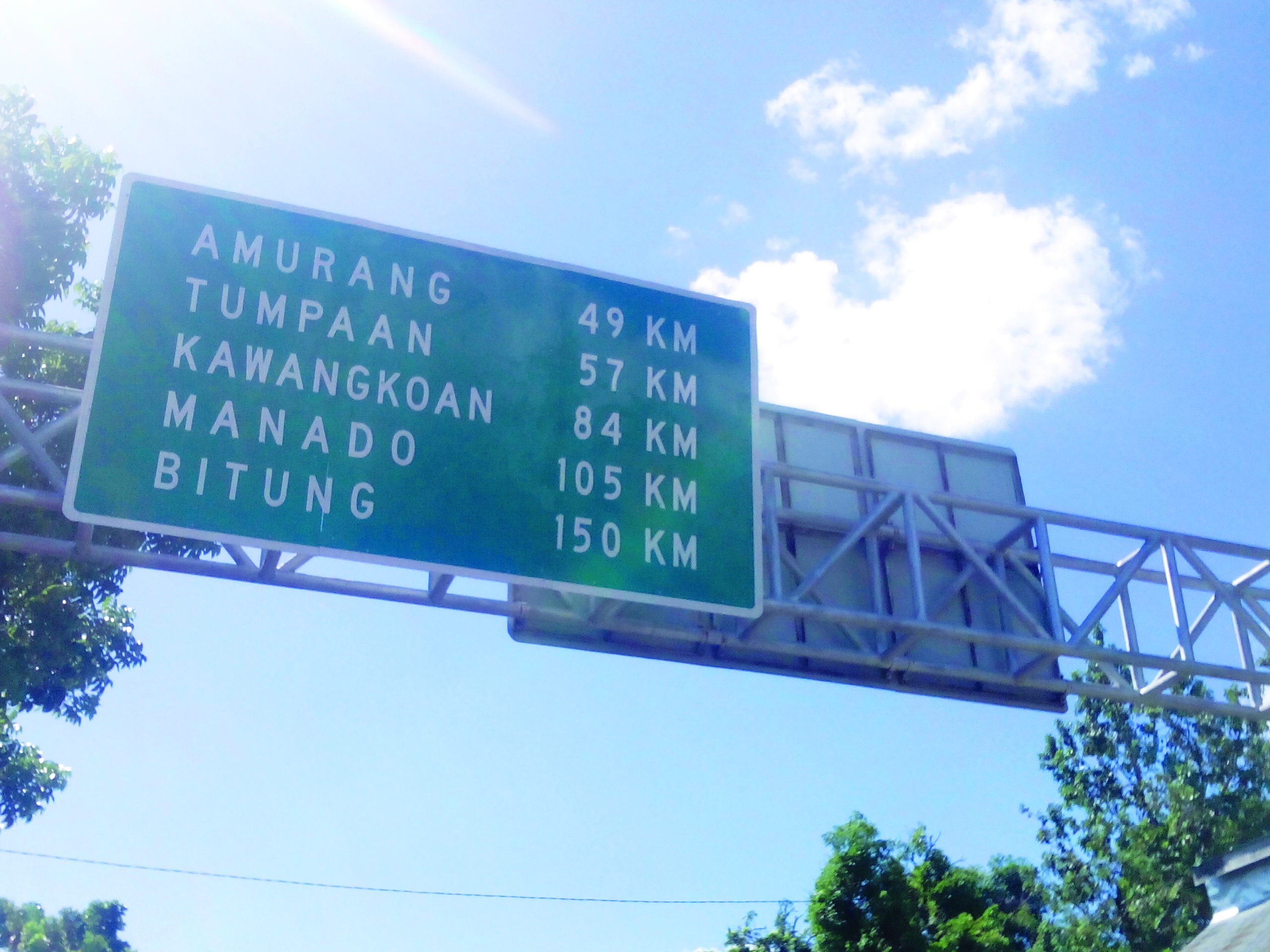 As I floated through North Sulawesi’s sleepy towns with their exotically Indonesian names (Boroko – Bintauna – Lolak – Tenga – Pantai Babu – Nanasi – Tumpaan – Tanahwangko – Tateli) and through spectacular coastal scenery on what seemed like my own private highway, stopping at warung for drinks, food and chat, and even the occasional swim in the sea, the clouds of my urban neurosis gradually parted and a sense of mindful contentment settled over my synapses. Cycle touring has been described as a good catalyst for that state of so-called mindfulness that we hear a lot about these days from youngsters with immodestly huge beards and, without wishing to gild the lily too much, there is something to that claim, perhaps. Bowling through natural splendour, the gentle hypnotic rhythm of pedalling itself and the quiet roads all combine to render one’s mind supine, although you’ll still want to reel off megabytes of terrific holiday snaps.

Finally, after four days, I arrived in Manado, hardly a Singaporean masterpiece of urban planning to be frank. The run-up to Tomohon also proved to be quite spectacular and the highland scenery and pork satay up in this beautiful hill town proved to be quite a tonic as I relaxed in the lee of Gunung Lokon before heading back down for a final night of delicious ikan cakalang and Bintang back in Manado. Another tour over. Time to face the music again.