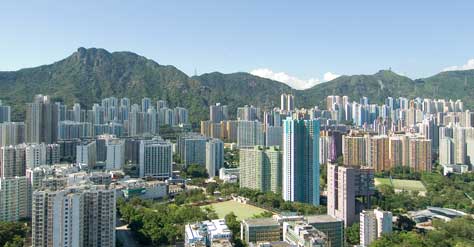 For a fifth consecutive year, Hong Kong tops the list for Asia’s most expensive city for expatriate professionals. Tokyo and Shanghai follow in second and third place, respectively, according to a survey by ECA International.

The report of the survey reveals that the average rent for a three-bedroom apartment in areas of Hong Kong popular with executive-level expats stands at $10,461, four percent higher than this time last year. The high prices are driven by high demand and a lack of mid-range supply as builders focused their efforts on so-called micro flats.

The only Southeast Asian country in the top 10 is Singapore, which dropped one place from seventh to eighth caused by a surplus of high-end properties.

“This is due to a slowing of economic growth and a net reduction in inbound assignments, exacerbating the surplus of higher-end properties on the market that would normally attract expatriates. This over-supply has reduced average rent levels in Singapore for the past three years,” Mr Quane said.

Meanwhile, Kuala Lumpur, which has been suffering from high levels of speculation over the past couple of years, dropped out of the top 40 in this year’s survey.