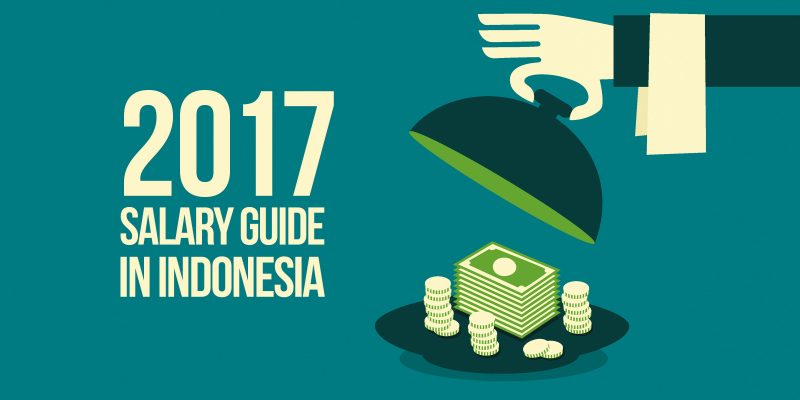 Last year, our “What Kind Of Salary Can A Foreigner Expect In Indonesia?” article became one of our most popular pieces. This year, we are back with a similar guideline on what you could expect with average salaries for different industries and job positions given the overall economic environment here. Indonesia’s labour market has shifted in line with the changing economy; with the services sector growing rapidly and creating 14.2 million new jobs between 2005 to 2015 alone, according to Kelly Services.

As a result of strong market conditions, Robert Walters company has predicted that salaries will increase in the 25 to 35 percent range this year. As candidate expectations rise, company pay structures may struggle to keep pace. The situation is likely to be exacerbated as entry barriers for overseas workers remain high and companies continue to localise their workforce. As a result, the number of working visas currently active in Indonesia is at its lowest for more than a decade.

Hiring activity will also be buoyed by businesses looking to invest or establish operations in the country. For many companies, having a presence in Indonesia has progressed from a nice-to-have to a must-have. Already, 53 percent of companies surveyed are planning to increase headcount in 2017; higher than the overall average of Asia of 44 percent, according to Michael Page‘s report.

The report states Indonesia has a shortage of candidates with suitable bilingual communication skills (mostly English) and the necessary technical experience across all sectors, which can be an advantage for expatriates coming to this country.

Furthermore, the fact that businesses demand local Indonesian talent gives little relief to an already tight hiring market. The ability to attract overseas Indonesians back to the country will help alleviate this challenge — more than half of the companies surveyed have employed returning Indonesians over the past year and this trend will continue in 2017.

Below, various job industries are highlighted with its salary benchmarks:

2017 will be a year of significant growth for the country’s digital sector, as e-commerce continues to flourish. E-commerce companies are expected to seek candidates with strong digital skills and product knowledge, particularly in fashion and electronics.

In addition, there is likely to be strong demand for financial technology, logistics fulfilment and big data services. The market is generally evenly split between local and multinational players, who are seeking candidates with a similar profile.

For an Online/Digital Marketing Manager, the average yearly salary is Rp.195-650 million, whereas a Social Media Manager, earn roughly Rp.65-130 million, and the Head of Digital can earn Rp.780 million to over Rp.1 billion.

Indonesia’s consumer goods industry has seen a steady recovery, which is expected to continue through 2017. As a result, related business-to-business companies, such as those in chemicals, packaging and ingredients, are likely to recover as well.

Despite a generally brighter outlook, challenges still exist for businesses. Some manufacturing firms, for example, have started shifting operations to greater Jakarta and cities like Surabaya, Palembang and even Bali to fulfil consumer demands while streamlining costs. Many potential candidates may be unwilling to relocate and firms may not be able to hire the skilled technical professionals needed.

However, this presents career opportunities for qualified candidates who are not based in Jakarta and those who are looking to return.

Indonesia’s digital, technology and e-commerce sectors are positioned for strong growth in 2017. The industrial sector remains a significant source of growth, while the country’s consumer business sector is likely to rebound from a lacklustre 2015.

Senior Financial Analysts can earn between Rp.270-380 million, with the Chief Financial Officer at a much higher salary average of Rp.1.6-2 billion annually.

The impact of new regulations will be significant on the country’s insurance industry. New digital technologies are also likely to draw customers to insurance companies who have modernised their services and service capabilities to go digital.

Over the next 12 months, there will be opportunities for international law firms seeking to expand their regional businesses. The inflow of foreign investment will also boost businesses across various industries and make local players more competitive when hiring high-calibre staff.

A Legal Manager may earn roughly Rp.195-325 million per year, and a Government Relations Manager at around Rp.325-845 million, and a Corporate Affairs Director can command a salary of Rp.845 million to Rp.1.1 billion annually.

Indonesia’s manufacturing, fast-moving consumer goods and retail sectors are increasing their investments in information technology (IT) infrastructure. Numerous businesses have transitioned from IT support to IT core businesses, and there is greater demand for investment in digital development, particularly in mobile.

In this market, talent shortages remain a significant challenge. English-speaking candidates are in short supply, and employers often prefer overseas graduates. These candidates typically switch jobs frequently, and it is a common trend for technology experts to take on project-based tasks rather than to stay on with one particular company.

More domestic companies are looking to put together local management teams. However, high-calibre candidates in marketing are still in short supply, particularly at the director level. The lack of local talent is a concern for start-ups that typically need candidates with a broad spectrum of marketing skills and a certain degree of maturity.

In the talent-strapped technology sector, technology start-ups often look to recruit fast-moving consumer goods talent because of the latter’s skill sets. Candidates are also often happy to make the switch due to generous increments.

A Marketing Manager may earn Rp.650-975 million on average whereas a Public Relations Manager’s earnings are lower at Rp.195-390 million, and a Market Research Director earns Rp.390-910 million annually.