The sun is shining, the weekend lies ahead. What better way to spend the free time than unwinding far from the stresses of city life by catching some rays on a beach or chilling on a mountain slope?

Jakarta’s residents are spoilt for choice when it comes to weekends away. There are beaches, nature, indigenous tribes, volcanoes and history all pretty close.

It must be great to wake up one morning and decide yep, I really need a beach and decide to head off to Anyer or Carita on the west coast of Banten province. Feeling the fine sand between your toes, watching the sunset is undoubtedly one of the perks of living in South East Asia. What makes those fishing villages more special is knowing that just on the horizon looms the mean and moody Krakatau.

For the fitter there is a trip to the Baduy homelands in Labak in the foothills of Gunung Halimun. They may no longer be the isolated tribe they were even a decade ago. Increasing numbers of visitors have come in and left their mark on the Baduy people with increasing signs of modernization in the more accessible villages.

They are still far from becoming a human zoo though. It is possible, with a guide, to trek to some of the villages and witness a lifestyle clinging to its old ways. Barefoot youths scamper up and down steep slopes with the agility and confidence of a mountain goat bearing anything up to a dozen durians across their shoulder.

For the most part they carry on with their lives taking little interest in the visitors who come, take a few photographs, buy the obligatory t-shirt before leaving though increasingly more are opting to stay the night in one of the rustic, austere villages that allow guests. 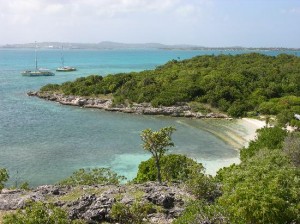 Birdwatchers from around the world flock to Pulau Dua which is home to several spectacular species. Although the best time to visit is March/April time when large numbers of migratory birds stop off for a rest on their long journeys there is enough to keep any moderate twitcher interested for several early morning hours.

Of course Pulau Dua with its numerous feathered creatures, civet cats and various reptiles is no match for Ujong Kulon which boasts the Java Rhinoceros among its residents. Not many of them of course and the chances are they won’t show that easy, but the merest chance of seeing one ensures a steady trickle of visitors to the remote peninsula.

Yep, plenty of things to see and do right on Jakarta’s doorstep.

The problem is that while Indonesia’s economy has been chugging along very nicely thank you, investment in infrastructure has failed to keep pace. Foreign investors have long complained about the bottlenecks at the ports and airports. And if Jakarta, the capital city, has struggled to cope then what price the does the rest of the country pay?

Banten Province, home to Surkano Hatta Airport, is strategically located between Jakarta and the neighbouring island of Sumatra. The infrastructure linking the two though struggles to cope. News of delays at the port of Merak on the Sunda Straits are a regular occurrence. The toll road that feeds traffic to the second most populated island in the country is filled with buses and lorries, turning it into a mad dash for the next exit. 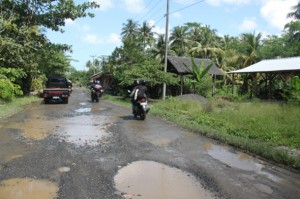 Get off that artery and things get much worse. The road from Cilegon south to the beaches of Anyer and Carita suffers from the heavy goods vehicles that serve the factories in the area. Many other ‘main roads’ are the width of a Jakartan gang and at weekends they tend to fill up quickly as markets spill on the road and cars parked reduce the flow to a single lane.

Against that backdrop it is little wonder Jakartans look elsewhere for their rest and relaxation. Since the deregulation of the air industry in Indonesia and the introduction of budget airlines thankfully those seeking to get out of the city are being faced with more and more options.

Bali of course is an obvious choice. Two hours out from the airport and you can be driving through photogenic sawah. Two hours outside of Jakarta and you are still stuck behind some truck belching noxious black fumes.

It’s not just expats of course. Indonesians are increasingly looking at trips abroad and they are not all interested in shopping malls and buying fridge magnets.

And why not? For all its faults, Jakarta’s airport works pretty well and why get stuck in a traffic jam for several hours just to go a couple of hundred miles when, in the same time, you could be showered and refreshed in another country enjoying your downtime.

There are large billboards that exhort people to visit Banten and its attractions and there is easily enough there to keep people busy for several days. Unfortunately the infrastructure, or lack, makes many people think twice and that’s a shame.

The Last Orangutans and Dr. Galdikas: A Volunteer’s Story