The Dutch East India Company (Vereenigde Oost-Indische Compagnie, VOC) was established in 1602. The company was initially granted a 21-year monopoly to trade in Asia. A license to trade included the license to colonise, and also to protect its activities from unwanted competition and to secure stable and regular supplies of the trade commodities. In the areas the VOC controlled, it was omnipotent. It negotiated treaties with local rulers, coined money, retained its own army; therefore, it was able to wage war and establish settlements. However, the company went bankrupt in the late eighteenth century and was dissolved in 1800.

During the 200 years of VOC hegemony and in spite of the unabating costly skirmishes and wars fought to subdue local rulers, fortunes were made by the company and its employees–especially the employees in positions of influence, and the ones in charge of procuring the goods for the European markets.

Although strictly forbidden by VOC regulations, the return-fleet of ships owned and operated by the Company carried the privately traded goods of officers employed by the VOC. Of course, the ships’ captains had been given attractive shares to lubricate these deeds.

In an official letter to the Governor-General in Batavia (Jakarta), the Board of the VOC (Heren XVII) in Amsterdam complained, “the ships are so overloaded with these goods that one wonders how they ever made it across the sea.”

In response, the Governor-General would have probably circulated a reminder of the company regulations, which would have then been the end of the issue. What else could he do? His own bales of nutmeg, cloves, mace, pepper, cinnamon and any other tradable goods would, undoubtedly, have taken a significant amount of space in the holds. He was, after all, the chief trader and he had to prepare for a life of leisure back home after the strenuous efforts of administering such a widely dispersed territory.

Fascinating insights into Batavia and its people have been culled from the eight-volume encyclopaedia, Oud en Nieuw Oost-Indien (Old and New East Indies). The encyclopaedia is the work of François Valentijn, Minister of the Gospel, a keen observer and cheerful gossip of the goings-on in Batavia and the rest of the region.

In the section on Batavia and its resident administrators in the early eighteenth century, the salary of a Governor-General was around 14,000 guilders per year. Not a bad salary, as the modern equivalent would be roughly 250,000 guilders (around US$150,000). After a mere five years on the job, Governor-General Joan van Hoorn (1704-1709) repatriated with an accumulated capital of 10 million guilders. Sources of additional earnings for a Governor-General and other administrators were, first of all, the private trade in spices and other valuables. Second, he may have sold jobs and licenses to the highest bidder. Third, there were lavish presents given during the Lunar New Year by Chinese traders and tax collectors. 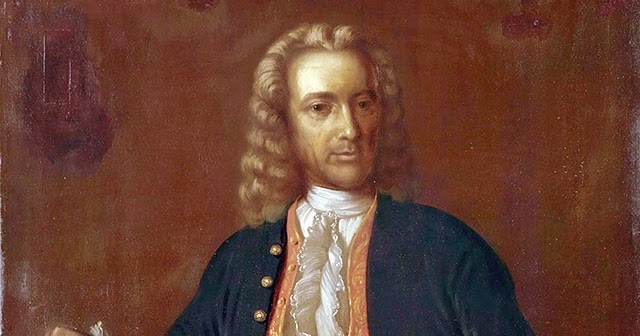 A lot of fiddling also went on with the weights and prices of the products purchased. It is thus not surprising that the Governor of the Moluccas, on an annual salary of fewer than 2,000 guilders saved 50,000 guilders per year, while Assistant Trader Lodewijck de Roy having earned a mere 18 guilders a month left a sum of 136,000 guilders in gold coins to his wife upon his death.

The VOC Board in Amsterdam tried their very best to curb malpractices and corruption. And to make it less visible, they issued regulations to reduce the display of ostentatious splendour. However, the records show that they were not very successful in the execution of this effort. In 1750, the presiding Governor-General Jacob Mossel, on instructions from Amsterdam, issued the Regulations to Curb Pomp and Circumstances in which the conspicuous luxury that was permitted was laid out in detail. For instance, the number of buttonholes on a gentleman’s vest was restricted; while the size and adornments of the parasols for ladies of different ranks, were also specified—these parasols were carried by a slave following the lady. But, when it was ruled that ladies of mixed-race had to carry their parasol by themselves, the ladies boycotted church attendance, and the rule was quickly revoked. Without the equivalent of modern-day newspapers and organizations monitoring the public administration, these particular abuses only ended when the VOC was declared bankrupt.

See: The Dutch Pioneering Voyage to the East Indies