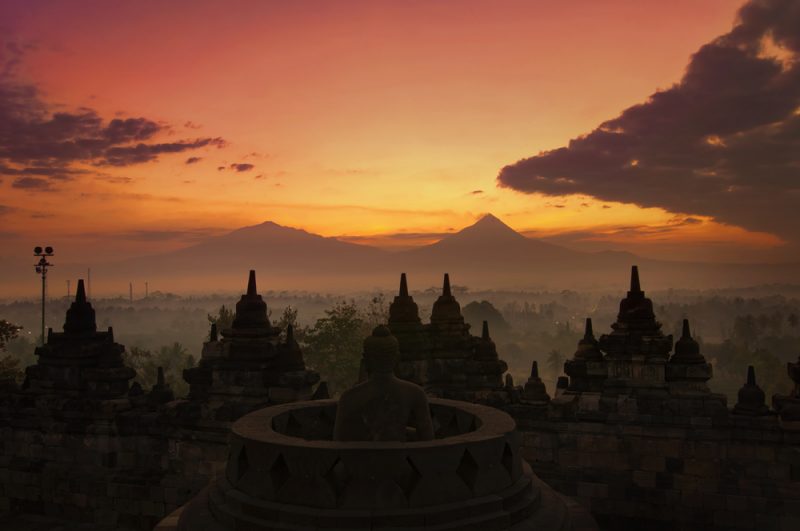 As part of an effort to reduce the nation’s dependence on exporting raw commodities, President Jokowi has chosen tourism as a key sector to beef up with economic policy.

2016 has so far been a busy year for Indonesia’s tourism ministry. The administration has begun to develop and launch new initiatives that will hopefully bolster the nation’s travel sector. As part of an effort to reduce dependence on raw commodities, President Jokowi has chosen tourism as one of the five key sectors to strengthen with economic policy. Because Indonesia is rich in resources that haven’t yet been utilized for inbound visitors – both cultural and natural – experts and stakeholders see the president’s move as a logical one.

While Indonesia has abundant resources and potential to be a tourism powerhouse of Southeast Asia, the archipelago still lags behind neighbouring countries in terms of annual foreign visitor numbers. With regard to the number of incoming overseas tourists, Malaysia and Thailand are ahead of Indonesia by nearly threefold. In 2015, Malaysia was able to attract 25.7 million foreign visitors, while Thailand pulled in 28.8 million. Indonesia, on the other hand, brought in a mere 9.7 million foreign tourists. Singapore beat Indonesia too, achieving 15.2 million foreign arrivals.

It’s worth noting that Indonesia’s domestic population of around 250 million accounts for the lion’s share of people living in Southeast Asia. Many of the foreign arrivals in Singapore, Thailand, and Malaysia during 2015 were undoubtedly Indonesian citizens. This inevitably makes the number of foreign arrivals in Indonesia smaller, as the same figure for domestic tourism could paint a different picture in the archipelago. But even with this in mind, Indonesia’s tourism sector, with all of its inert potential, contributed only four percent of the country’s overall GDP last year.

One reason policy makers may be attracted to a tourism push is the fact that the nation’s travel sector seems to be less influenced by the global economy than other sectors. Experts say Indonesia’s tourism has been growing steadily in recent years, unlike demands for raw commodities like crude oil, coal, and iron ore, which tend to fluctuate with international business activity.

Teuku Riefky Harsya, head of the House of Representatives’ Commission X, recently told the press, “Data from the past three years shows that nearly all other local business sectors contribute to foreign exchange revenue decreasing. Meanwhile, it’s only the tourism sector that actually shows a significant increase.” Harsya argues that tourism can give the biggest boost to the nation’s foreign exchange revenue, while also providing a great many jobs to Indonesia’s domestic workforce.

CEO of MarkPlus Hermawan Kartajaya agrees, calling Jokowi’s plan intelligent. He recently told the media, “President Jokowi is very smart. He knows that tourism is important in this current economic condition. These past two years, the president has chosen tourism as a strategic sector. It’s a smart decision from a national leader because prior to that, tourism had never been seen as the country’s strategic sector.”

With ambitious goals, Indonesia’s tourism ministry claims it’s looking to ramp up the nation’s number of foreign arrivals to 20 million by 2019.

By then, the government hopes tourism can account for eight percent of the nation’s overall GDP, generate Rp.240 trillion (US$18 billion) in foreign exchange income, and employ 13 million locals. By the end of 2016, the government projects 12 million international visitor arrivals with a foreign exchange income of Rp.172 trillion (US$13 billion). It expects tourism to account for five percent of the nation’s GDP, and employ a total of 11.7 million locals.

To achieve such a challenging goal, the government aims to duplicate Bali’s tourism success in other places around the country. Officials say Indonesia is working to develop ten new destinations for international tourists. These places include Borobudur in Central Java, Mandalika on Lombok Island, Labuan Bajo in Flores, Bromo-Tengger-Semeru in East Java, Pulau Seribu in North Jakarta, Lake Toba in North Sumatra, Wakatobi in Southeast Sulawesi, Tanjung Lesung in West Java, Morotai in the northern region of Halmahera in the Maluku islands, and Tanjung Kelayang in Belitung.

The project covers several aspects of development. It includes necessary infrastructure projects like transportation, public facilities, Information and Computer Technology (ICT) readiness, electricity access, and more. It also includes bolstering security, health, hygiene, and the environmental sustainability of existing enterprises in those places. The government says it will form a national authority that will manage the ten priority locales, and implement a centralized destination management system. Tourism minister Arief Yahya is optimistic that the projects will boost the number of foreign tourist arrivals in Indonesia.

“Through accelerated development of the above ten priority destinations, we are projecting 8.5 million additional international tourists,” said the minister in a statement. To support the effort, the government recently implemented a visa-free travel policy that covers inbound travellers from 90 countries. The list is set to cover 174 countries in total before the end of 2016.

The government has eliminated clearance approval to enter Indonesia territory for yachts. It has also deregulated the cabotage policy for foreign cruise ships. This allows passengers to board and depart vessels at five different seaports throughout Indonesia, making it easier for international tourists to get into the country by boat.

Additionally, the ministry is running an international marketing campaign called Wonderful Indonesia. In an interview with Indonesia Expat, the ministry’s deputy marketing assistant Eddy Susilo says, “The Wonderful Indonesia campaign led by minister Arief Yahya has performed well. According to World Economic Forum 2015, the campaign ranks 47 in the world, which is better than those in Thailand and Malaysia, which rank 83 and 96 respectively this year.”

Susilo says the promotion is specifically targeting 12 focus markets, including Southeast Asia, China, Australia, Europe, the Middle East, and the US. The domestic version of the campaign, Pesona Indonesia, is also running simultaneously to drum up local tourism interest.

Apart from developing physical infrastructure, issuing new policies, and running promotions, the government also plans to take the country’s tourism sector to a new level by going digital. The ministry plans to launch an e-marketplace named Travel X-Change Indonesia in August. With a concept of ‘look, book, and pay’, the online platform will allow users to browse and book tour packages from local travel agents. Users will be able to process payments via the platform. The ministry claims it is trying to get local travel agents to sign up on the platform early so that it may be ready to use by consumers in two months’ time.

To create sustainable human resources for Indonesia’s tourism push, the ministry has also developed four tourism-focused colleges and academies. It says these institutions are now seeing 20 percent more enrolments on average in 2016 than they did last year. This year, there are around 9,800 prospective students who claim to be interested in tourism as a career in Indonesia.

Normal Service will not be Resumed