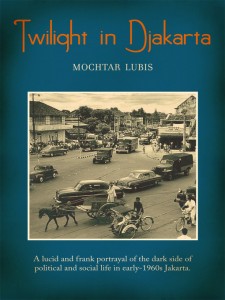 Take an ambitious businessman drunk on being so close to power, a media baron who uses his political acquaintances to strengthen his own newspaper’s position, the highly idealistic radical who talks of empathy with the common worker with his middle class friends all the while telling said workers their leaders know best, and a civil servant knowing the only way to appease his ambitious wife is to turn corrupt.

No, these aren’t recent stories taken from the local English language newspapers. These are just some of the characters at the heart of Mochtar Lubis’ novel, Twilight in Jakarta, which takes place in the years after independence.

Mochtar’s work was considered highly controversial at the time and indeed was banned by a sensitive government with the writer spending time in jail. It was also the first Indonesian novel to be translated into English. Indeed, given that many viewed the book when it was written as a thinly veiled attack on the Sukarno government during the early years of independence, it was initially released in English and Malay before earning its release in the author’s native tongue in 1970, several years after being originally penned. 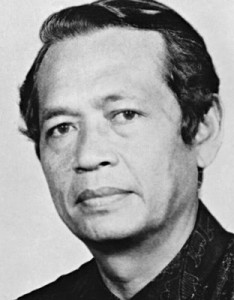 A political leader approaches a powerful businessman. He needs to raise big money for the party to fight the next election and they come up with a scheme where the businessman, his second wife and his son set up a number of companies to sell lucrative import licenses. The money flows in and the son gives up his job working as a meager civil servant to become a gentleman of leisure, frequenting high class prostitutes, buying expensive cars and generally enjoying the trappings of wealth.

He attends a small group who meet on a regular basis where they discuss the ills that afflict Indonesian society. This talking shop much resembles a scene from Monty Python’s Life of Brian where they gather round a table and talk a great deal about various problems to do nothing about solving them.

One of the group’s members is all for exploring Islam as a means to improve people’s livelihoods, another has very strong left leanings, expressing strong concern and links with the common working man but in fact looks down on them as much as the people he claims to loathe look down on him.

The book paints a picture of people out to enrich themselves as quickly as possible and while one or two of the characters start to have twinges of doubt it makes a depressing, yet enthralling read. 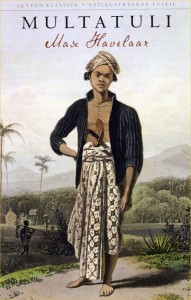 The famous old cliché says, “The pen is mightier than the sword”. That adage was proved correct when Max Havalaar was released towards the end of the 19th century. Written by a Dutch Civil Servant who had spent several years in the then Dutch East Indies, Max Havalaar created quite a storm in the Netherlands as it lifted the long, brutal and oppressive colonial system many thousands of miles away.

Written by Edward Douwes Dekker under the pseudonym Multatuli, a Latin construction meaning ‘I have carried much’, Max Havalaar recalls Dekker’s time in the region of Lebak, near Rangkasbitung in modern day Banten province. He was appointed Assistant Resident in Lebak after spells in Ambon, West Sumatra and Manado so he had grown familiar with the way of life in the colonies. He was no angel himself; an early attempt at marriage fell through when the prospective father in law found out about his penchants for fighting and gambling.

Lebak was known as a particularly unattractive posting with the Regent or local ruler widely believed to be taking advantage of his people for his own gains. Dekker’s predecessor, Carolus, had been investigating on the quiet but his superior, the Resident, had not been supportive.

Dekker, given what he felt was approval from the very centre of Dutch power in the East, set about unraveling the corruption and the abuses he had heard about. When he heard from Carolus’ widow she suspected her husband had been poisoned he went into overdrive and within a month of arriving in Lebak and scared he would be next, he immediately filed a report concerning the Regent’s activities.

Instead of getting a pat on the head and told he had done a good job, the Governor General ordered his removal from Lebak and assigned him elsewhere. He quit before taking up the new post. 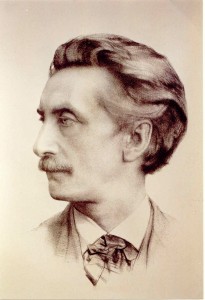 He wrote Max Havalaar after returning to Europe, basing it on his experiences in Lebak and the frustrations he felt during those four or five weeks. But rather than coming across as the bitter rants of a crusty old expat with too many years in the tropics it brought about a rethink of colonial policy. For years after, Dekker tried, unsuccessfully, to clear his name and return to the Indies with a good stipend but they weren’t having it. Reform they must under pressure from home, seemed to be the attitude but they were damned if they were going to all that infernal whistle blower back in to their lands.

It’s not an easy book to read. In an introduction to the American edition, no less a person than D. H. Lawrence opined that, “As far as composition goes it is the greatest mess possible”, and certainly a casual first time reader can find themselves moving from a trading house in Amsterdam where the narration comes from a reluctant coffee broker to sitting in a coach on the road from Serang with no explanation. And from chapter eight we have Havalaar talking about himself in the third person before becoming an ‘I’ in Chapter 9!

And so it continues with the reader desperately gasping for air, wondering who is doing the narrating and where as he is zipped around the world with all the comfort of a frequent flyer but without the jet lag.

It is right that two of the greatest pieces of literature about Indonesia should focus on abuse of power and injustice. That is what literature does. It may not change things overnight but it does make people start to question their own ingrained attitudes. Consider, for example, Charles Dickens’ Oliver Twist or Uncle Tom’s Cabin by Harriet Beecher Stowe. Both were books of their time. Catalysts for future change for a future generation.

Certainly Dekker and Mochtar never got to enjoy any literary fame their works may have deserved. They were too close to the truth but they opened many eyes to that truth and each new pair of eyes opened was a step closer to change.