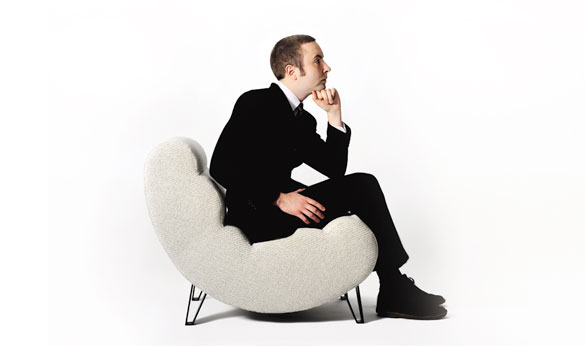 Women spend an inordinate amount of time being women; making themselves up to be something that they aren’t. For most men I know, between 16 and 60, they spend little time on changing that which is impossible to change; their penis. It’s either a good piece of equipment or it isn’t. By 16, you already know whether it’s a winner or a curse. It’s what God gave you through the genetic inheritance you have, right?

Being trained as a scientist, but with my heart firmly in the arts camp means I tend to look at things, analyze them, try to understand them and more importantly, see what drives them. The same goes for the beauty industry. This is a service industry, if ever there was one. We don’t need it, but we devote an enormous amount of time and money to it. It’s like our inner self. We want to show the world who we are through the clothes we wear, the phones we use, the friends we believe we have.

Try this. Try that. We all do, sometimes knowing full well we will be disappointed. But changing your shape, your face, your personality, it’s a tall ask. Who are we doing it for? Ourselves or our egos?

My mother was in her mid-sixties when she had her first massage. That was in December, 1993. It was when I got married to my lovely wife in Kubutambahan, the town at the far end of the road across the mountains, where you either turn left to Lovina or right to the Springs. We had six kebayas made for all the women, overnight, in 1993. Such is Bali. The family were determined to give us a wedding to remember.

Getting my mum or my wife to have a child was surprisingly simple. Once she saw that just about everyone else was having one, she was up for it, too. My mother had 15 pregnancies which went to term in a period of her life which we can think of as her prime – 20 to 40 years of age. She was pregnant more of that time than not. Not atypical for her generation; just a very fertile woman. Being a fertile woman is back in Vogue!

My point is a simple one

Keeping her man was her priority. And my dad was a good man. A softie when it came to kids – anyone’s kids, but especially his own. His idea of looking good for the ladies was a handful of Brillcream to slick back his black hair. “That will do nicely, thank you”.

He would never have considered having a massage. I am a prude maybe, but I feel he would have associated it with the act of sex. Grooming and being groomed were two completely different things in his mind’s eye.

The number of men who have plastic surgery done today is on the rise, growing at twice the pace for women; 8% a year for men. So, it will take a million years for us men to catch up with you girls. But you can be sure we never will – you are the fairer sex!

So what are we to make of it? Are we becoming a group of pansies, us men? What is driving us to spend more and more money on looking the part? Simple. We are living longer and having completely different lives to our parent’s generation.

Like it or not, China will come to dominate the world in the 21st century. It’s remarkable to think that having a “one child” policy will result in one in seven people being Chinese in 2100, some 87 years from now when the world population tops 11 billion.

One billion plus people today – and you cannot separate them in terms of standard measures such as hair colour, height, weight, physique. Ridiculous. They are all individuals, with individual wishes, desires, wants. Being different to what they are will be up there amongst them. But individuals they all are, the same as you and I, and they will have the means, the wealth, to do it.

As for beauty, being successful, being wealthy, being sexy, is best to be Chinese. They are the nation, the society that taught us that being fat meant that you would live longer. Tomorrow, they will educate us to see what we see today as beauty is wrong. It’s maybe normal to you and me, but will not be for our kids.

Beauty is in the eye of the beholder, and that means you and I decide what it is that we value in those we love dearly. Facial surgery changes your face, but does nothing to change you. Vain or humble, you are still the same person you always were.

So, let’s not kid ourselves. Beauty is on the outside. It’s what’s on the inside that really matters.