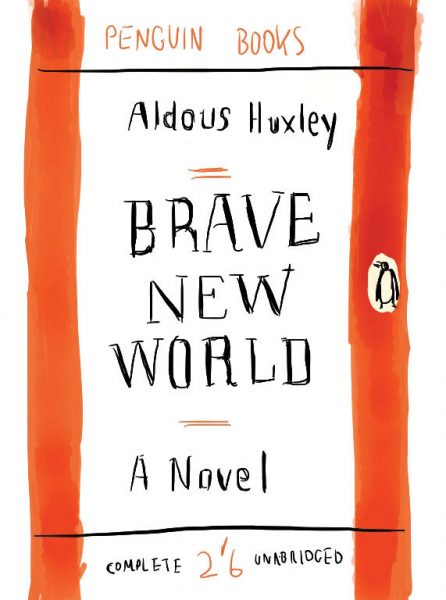 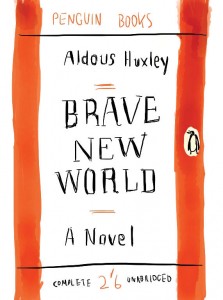 One of the few things I remember from when I was seven or eight years old was being introduced to the 1812 Overture in class. I hated it of course; boring, fuddy duddy music. But it stayed with me and I don’t know why. Perhaps it is because it was so different. I don’t remember the context now, but I think it probably revolved around trying to imagine what the music was saying to us.

The idea of using classical material in the classroom was reignited when I saw an exercise built around the Seven Ages of Man. I had never come across Shakespeare at school, we were only a comprehensive school (state), so I found myself in the position, as I prepared lessons, of being a student all over again, and that gave me a precious insight into the other dynamic in the classroom; the learner.

A couple of years back I looked at Brave New World with grade eight. The topic was about change. More precisely, ‘Can we see change as it happens?’ So I considered change. What is it? Why does it happen? Is change always good? As I brainstormed ideas I went off on a tangent, which I felt had legs. The students are growing up in a time of change and technology is driving that change. Is that a good thing? Are we as a society letting technology control us?

I had my strands; change, technology, control. How to tie them together?

I needed an Essential Question – a starting point to the lesson and unit and a place I wanted to return at the end. Something the students could answer at the end of the lesson which may take two or three weeks. It cannot be a yes/no question; rather it would need the students to show an understanding of the topic. I decided on ‘How should technology change our future?’

What do the students know about the topic? I wrote the Essential Question on the board then checked definitions of words like technology, change and future. I followed up with a series of Higher Order Thinking questions using ‘how’ and ‘why’ to dig a little deeper into any prior knowledge they may have on the topic.

I then showed a picture and asked them to write down any words that sprung to mind. That was it. I left the image on the screen, a couple of minutes in silence, leaving them with their thoughts. Some students took the opportunity to look out the window or examine their finger nails, but most knew what was expected of them.

I then played In The Year 2525 by Zager & Evans; a late 60s early 70s classic most won’t have come across. I played it twice and after class they were singing it in the corridor!

Students were put in groups of four with half sent outside. The students outside were given a four page summary of Brave New World taken from the Spark Notes website and were told to take notes. Back in the class the other half of the groups watched a video of Brave New World made by Spark Notes and took notes.

The groups were then reunited and they were expected to synthesise their findings and information. This proved quite difficult to implement at first, as it relied on the students taking control of their own learning process while I took a back seat. The first time we did it, a subsequent quiz showed between 66% and 75% of the class did nothing or next to nothing!

As they synthesised I walked around asking random questions. Why would society not want families? Can you imagine a life without a family? Who benefits from people having no family or religion? Why would society want to give people drugs like Soma? The idea is to get kids to think that knowledge needn’t come from a teacher’s mouth but can also come from self discovery.

When someone drew a parallel with North Korea I breathed an inward sigh of relief.

Later, I dropped the video because I felt they spoke too quickly, but found out the students were finding it themselves on the Internet. Some even watched the whole three hours!

Next lesson they were given a quiz designed to allow them to show off their research, as well as how technology now changes or controls their lives. They were not being asked who John was, but why was he uncomfortable in the World State, or being asked to identify their relationship with technology and how it changes their lives.

After the quiz it was time for vocabulary work. I have deliberately avoided giving definitions for difficult words in the text because I wanted them to understand the meaning of the story in relation to the questions I initially asked. I asked them to read through the summary again and write words or phrases they were unfamiliar with on the board. I then explained that they were going to work out the meanings themselves, which didn’t go down well.

With the vocabulary out of the way, it was time to prepare them for the final task of the lesson, which would be presented in the third lesson. I wanted them to give a presentation extolling the virtues of the World State. This would be a challenge academically because they had only been exposed to the views of John, an outsider, and Bernard, a disaffected resident; they were being expected to fill in the blanks themselves!

I wanted them to identify four main ideas as justification for the World State. Not by guessing, not by implying but from the material we had covered. I wanted the students to step out of their skin and consider the World State from a very different perspective to their own.

I then spent half an hour in the persona of an Alpha mixing with Savages and must admit I thoroughly enjoyed it. The idea was for them to play a role with biases and prejudices. And that worked! In fact it was like shackles had been released as they threw themselves into the task. Forget the scoring, and I wish I could, for me the biggest joy of this lesson was seeing kids who are normally quiet pushing themselves to speak with emotion, to use body language, to speak naturally and not in a forced recital of memorized notes they neither understood, nor cared for.

One argument I have heard against the use of materials like Brave New World is that it isn’t relevant to the students’ lives. I see nothing wrong with taking them out of their comfort zone and have them look for a different perspective. Surely, the mere fact that students had gone and downloaded the movie and watched it from beginning to end without being prompted suggests their interest was piqued.

They weren’t watching Brave New World because they wanted to get a better score. No, they watched it because they were interested and wanted to find out more, even if it was just a case of finding out how the story ended. This intrinsic motivation was one of many pleasing factors I took from the lesson.

What Does It Mean to be a Good Tourist in Indonesia?