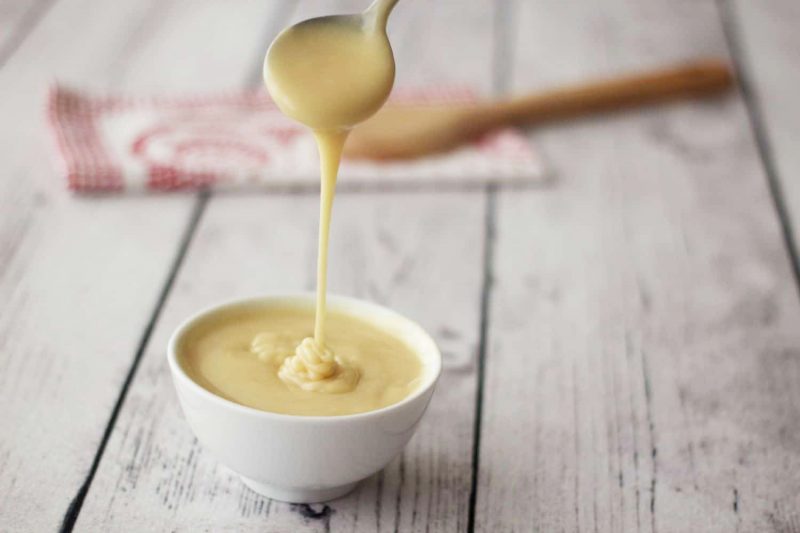 Condensed milk producers will no longer be allowed to falsely market their sickly sweet product as a health food.

Growing up in Australia in the 1980s, there was usually a tin of condensed milk in the kitchen pantry. About once every two months it would be replaced after being used for a cheesecake or some caramel slice. No one ever consumed it straight from the tin, as it is mostly sugar, and we all knew “sugar rots your teeth and is no good for you”. Besides, real milk was much cheaper.

On a school camping trip, we were issued military-style rations, including a tiny metal tube of condensed milk. It was supposed to be used for tea but was instead swallowed outright after a day of hard trekking through a forest.

Years later in Indonesia, I took an interest in condensed milk, just because it requires extremely careful pronunciation in the local language. It’s called susu (milk) kental (condensed) manis (sweet). Kental is the tricky word. One slip of the tongue and you’ve uttered an obscenity.

Condensed milk is widely advertised in Indonesia, as if it’s a staple food. Sugar is classified as a basic necessity by the Indonesian government, even though its harmful effects have long been known. Condensed milk is not traditional Indonesian cuisine. We can thank the Dutch for introducing it. Some Indonesians use it as a sugar and milk substitute, stirring it into beverages – often just mixing it with water to produce cheap “milk” for children. It’s also a popular topping on martabak manis – the thick, spongy, greasy Indonesian pancake that is diabetes in a box.

A 375 gram tin of condensed milk costs about Rp10,000 – cheaper than a litre of long-life milk or a box of formula milk. Condensed milk is also sold in plastic packets, from large to small, complete with teat-like nodules, so it’s not uncommon to see small children sucking up the stuff. It’s also poured over bread, cakes, deserts, sliced fruit and ice cream.

Some Indonesian mothers don’t have any qualms about getting their infant children addicted to sugar. One woman told me, “My daughter can learn to eat healthy food when she is an adult. She’s a fussy eater, so the only important thing is that I give her food that she likes.” This is unbelievably stupid, lazy and dangerous parenting. Unfortunately, such logic is mirrored in the tagline for a condensed milk brand, which is “yang penting enak [the important thing is delicious].”

Indonesian television commercials for condensed milk and sugar-flavoured milk are a national disgrace, as they market it as a health food. One ad shows a schoolgirl growing taller than her classmates after drinking it, while a schoolboy can only solve a crossword puzzle after the consuming the stuff.

The message to parents is clear: if you want your little children to become tall, strong, smart, energetic and successful in sport, then feed them condensed milk. Most of the ads state condensed milk is nutritious because it is made with fresh milk, minerals and vitamins.

Let’s not tell lies. Milk is no longer fresh after most of the water has been boiled out of it. Condensed milk is not a health food. The ingredients include:

Naturally, the TV commercials don’t mention all the bad stuff, which is listed in minuscule print on labels. Instead, the labels and ads proclaim that condensed milk is high in vitamins and minerals, providing nutrition and energy. Many processed foods are fortified with synthetically micronutrients. It’s better to get your vitamins and minerals from natural sources. Studies have linked excessive consumption of foods with fortified vitamins to obesity and diabetes.

One leading Indonesian brand of condensed milk states it should be consumed every day. Another recommends stirring four tablespoons (40 grams) into a glass of water. Who cares if the World Health Organization recommends a daily sugar intake of 25 grams per day? Making a profit by getting children addicted to sugar is much more important than people’s health.

All major Indonesian brands of condensed milk are made with the approval of the Food and Drug Monitoring Agency (BPOM) and deemed halal (fit for consumption by Muslims) by the Indonesian Ulemas Association.

In August 2017, the Indonesian Health Ministry complained that condensed milk was being falsely advertised as a health drink for young children. The Indonesian Broadcasting Commission (KPI), which has banned kissing and cleavage from local TV, claimed it could not ban such ads – even though it has a regulation against misleading advertising.

A few weeks ago, BPOM finally decided condensed milk should no longer be marketed as a nutritious dairy product. On May 22, it quietly issued an explanatory legal directive on labelling and advertising for condensed milk. Among the key points are:

On social media, many Indonesians complained they had been tricked into giving condensed milk to their young children. Labels have long included a small-print warning (always at the back of the tin) that condensed milk is not recommended for babies under 12 months. Websites of some producers still claim their sugar-laden product is a quality source of nutrition for anyone more than a year old. One advertisement suggests the product can even promote longevity.

The positive reaction to the tougher policy on condensed milk could prompt authorities to next target the processed fruit juices and sports drinks that are laden with sugar. Perhaps they might even call out the inherent racism and dark skin-shaming of ridiculous skin-whitening products. Anyway, that’s enough sermonising. Time for a nutritious glass of beer, fortified with brain-building goodness.