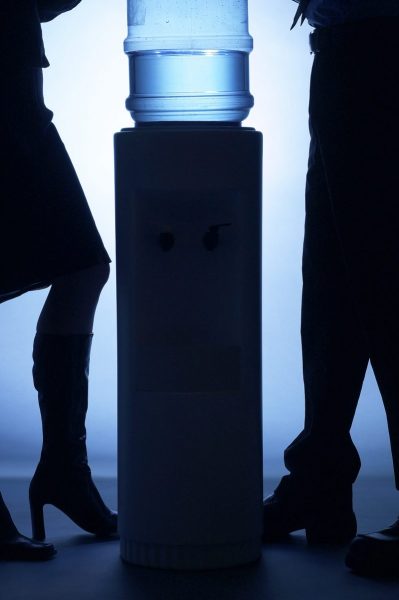 Let’s face it: for all the wonderful, awe-inspiring, eye-opening things about living in Indonesia—and there are many, from the jaw-dropping travel to the breath-taking scenery—some days in the archipelago are just plain funny. Especially if you work in an office.

We canvassed expats from a variety of industries for their wackiest experiences to date in their Indonesian workplaces. Here’s the cream of the crop – but we bet there are many more where these came from, so email, comment on the website, or find us on Facebook to share your gems!

Only Fools and Horses – in Banking

Staff attendance is a cinch, right? Wrong. Think again if you’ve got your absence levels under control – because in Indonesia, all is not always what it seems…

“Like many companies in Indonesia, we have a thumbprint recognition system fixed to the entrance doors at our office. Every single member of staff—from the Office Boy to the President Director—gets to have their Mission Impossible moment and punch in his or her unique print to gain access to the building. HR use the system to monitor attendance – and it is also the data on which they base the payment of the appropriate daily allowances that most staff receive for things like transport (though I’ve always thought, in other countries, this might be viewed as an extra bonus just for turning up to work…and not even necessarily on time!).

One day, four junior members of staff were missing from their desks. Mysteriously however, they had somehow still managed to scan their sticky mitts in at the beginning and the end of the workday. Either they developed body doubles, or they were taking us for a ride. I’d place a safe bet on the latter.

This went on for almost a week whilst we built up a watertight case, relying on CCTV footage of the perpetrators hopping off their bikes, swiping their digits and then merrily going on their way to a day’s dossing. Suffice to say, the four members of staff in question were fairly easily convinced it was the appropriate time for them to continue their careers elsewhere.”- Mr. Motivator, Pondok Indah

Many markets struggle with the delicate business of ending a contract of employment. But in Indonesia, sometimes, it ain’t over ‘til it’s over.

“For a variety of reasons it became clear that a particular junior manager needed to leave the business. As is often done here, we consulted with the person in question and they agreed to resign. Arrangements were made. An amicable leaving party was organised. Tea, cakes and well-wishes were exchanged and enjoyed, and we bid the manager adieu. So far, so normal.

Three days later, bold as brass, this supposedly ex-employee sauntered back into work and resumed their duties, pretending nothing had happened. Picking our jaws up off the floor, we organised ourselves to query the plucky young pretender – at which point, things got even more interesting.

The manager informed us that a sum of money would be required in order to smoothly process this particular transaction. But not just any sum of money.

A modest one-off payment of one hundred times their last salary would do the trick.

When we eventually found the words to respond, we politely stuttered out a decline to this particular offer, and reiterated the requirement that the manager, as an ex-employee, should leave the premises immediately – which they did.

We thought we had won the war when the person in question didn’t show up again for a couple of months. But one final wrinkle was still to be ironed out: they needed to sign an agreement confirming that they had, indeed, once and for all, left our employment.

The thing is, this ex-manager kept refusing to sign anything. We contacted them numerous times over the months and heard nothing in return. Eventually, we discovered it would be quite acceptable (according to local employment laws) for us to contact the head of this person’s village, who could sign the papers on their behalf.

We tracked down this character eventually – but the kindly old village head staunchly refused to sign anything. So, to this day it is a stalemate – a state of uncertainty. The ex-employee no longer gets paid by us, and doesn’t come in to work. But technically, they also still have an open contract with us. Only in Indonesia?” – It’s Not Me, It’s You, Balikpapan

The arduous pursuit of recruiting decent staff is beset with trials and tribulations in any country. But in Indonesia, it can be filled with the added bonuses of hilarity, surprise and intrigue. A recent experience was no exception.

“We had a fairly senior position to fill, and in order to work with colleagues internationally, a certain level of written and spoken English would be required of the candidate. The usual rigmarole of CV screening was carried out, and those whose résumés apparently fitted the bill were invited in for an interview with myself and my Indonesian counterpart. It was a small pool of candidates, and on a brief scan of the CVs beforehand, this one particular chap’s was no worse, no better than any others. We called him in for interview.

Starting things off in the usual chatty manner, I greeted the candidate in question and sat down to begin the interview. My Indonesian colleague would be joining us later for a second round of questioning. But we didn’t get that far.

Within two minutes it became painfully clear that the interviewee did not actually speak English. To be clear, it was not that his English was poor. It was non-existent. We simply couldn’t communicate with each other. So, never one to waste any time, I excused myself and went to fetch my Indonesian associate, asking him to go in and politely end the interview.

After a couple of minutes, he returned, looking troubled. “It looks like we need to pay him to leave,” he said. I had to ask him to repeat himself, not quite believing what I had heard. It turns out, the guy was a scammer who practically made a living going around offices pulling the same routine on other companies.

I trusted my colleague’s judgment and experience – he can spot a troublemaker a mile off, and it is better in these situations to be safe than sorry. So we paid a small but not insignificant amount to the man, who happily left the premises, job done. All in a day’s work.” – Mo’ Money Mo’ Problems, Bekasi