As I sat in my Jogja hostel after another long day of slaving away in front of empty Word documents I began to think of what it would be like to be a multi-millionaire marketing director for development projects in northern Bali. It sounded nice. It sounded like a way out of my post-college poverty, but then I remembered that I was given that chance about two weeks ago. I politely said no.

When I ask myself if I had given up on one of those rare things from history where an obscure chance made an unsuspecting entrepreneur a millionaire, I realize that I have nothing in common with the likes of Henry Ford, Nikola Tesla, or Pope Sixtus IV. It’s hard to tell whether or not someone’s idea is a scam until you’ve already been scammed, but with some common sense and good advice from some good friends I was given the verdict: SCAM. Although they are never easy to spot in their beginning stages, here is one type of scam floating around the Bali shoreline. 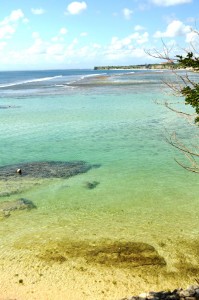 I met a really nice guy online (always a great start to any story…) after conducting some nightly rounds of searching for advice and opportunities regarding my move from East Java to Bali. After a couple of email exchanges and an interview with a man who claimed that he had an offer for me, I was given a huge responsibility. That was it. A couple of simple emails and a Skype interview had then “short-short” listed me as the perfect candidate for a real job where I would make heaps of real money. According to this man, I would be allowed to stay at his house near Denpasar for free since he was temporarily abroad and the house contract wasn’t up until December. Next, he knew someone who could rent me motorbike for about 400,000 IDR a month. I also was to take care of his dogs. And lastly, I had to help pack up some of his things and arrange to ship it abroad to him, which wasn’t too much of a request and I was happy to do it.

But here’s the kick: in return for a free place to stay, cheap motorbike rental, and fun dogs to play with every day, my job was to help him and his partners retrieve the land titles and get land development authorization from the north Balinese so that his company could then attract investors to seed in millions of dollars to get their property projects off the ground. Additionally, I would not be paid until I successfully retrieved the land titles. I thought it sounded attractive at first, like a real job with responsibility, but then I really thought of it – this man, who had no clue who I was wanted me to speak with the local Balinese and get their land titles. The full project was massive as well, where in the end it would require billions of dollars of capital and would including a monorail, hotels, resorts, hospitals, bungalows, schools, movie studios, animal parks, water parks, a theme park roughly based on the ideals of Disneyland, fish farms, clean water technologies, and even the development of…wait for it…forests.

First of all, I personally had no clue about what any of this meant, words like venture capital and seeding money meant nothing to me, and second of all, with my Indonesian skills I can barely get the waitress at Pizza Hut to give me pineapples instead of mushrooms on an American Favourite pizza. Nonetheless, I realized that my skills didn’t come close to what this man was asking of me, but for such a huge project it would seem important for him to ask a little more about my skill level. The only thing they asked was if I could speak Bahasa Indonesia, which I replied with only one word “bisa”. I didn’t even have time to say “only a little” or “my Indonesian is not good” before this man continued on about the project, speaking at 100 words per minute.

It seems to me as if I’m not the only person who they have come across, and since there are many young and naïve expats throughout Bali who are looking for their big break, they have a lot of people to sift through. It’s important here to look past the six-digit figures they place in front of you and think of the actual job itself. Consider the dimensions of what they are asking you to accomplish. And if all it took for you to get a high-ranking position in a multi-million dollar development project in one of the world’s most sought after properties was easier than taking in a spoonful of sambal, then you are probably dealing with a scam.

It’s hard to know if a scam is a scam before you’ve been scammed, but by placing your ego aside and investigating the matter you can save yourself a whole lot of future trouble.