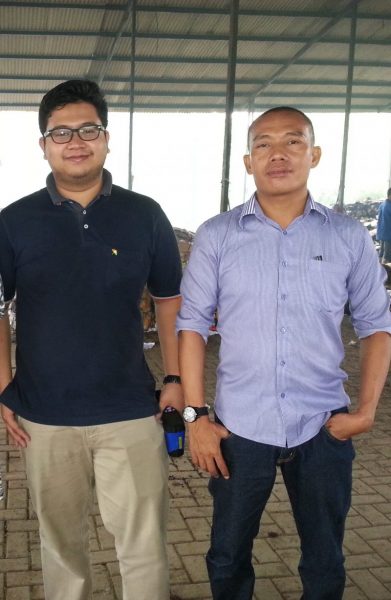 In one Jakarta’s outlying cities of Tangerang, a team of dedicated waste specialists have been working hard to significantly reduce the amount of rubbish from their city that ends up in landfills.

ABU and Co. have been in operation for over 20 years, and today they collect rubbish from over 10,000 homes, offices, schools and even clinics from the city of Tangerang. Rubbish is taken on a daily basis by their own trucks to a Tempat Pembuangan Sampah Terpadu (TPST – sustainable rubbish tip), where the magic happens.

At the TPST, ABU and Co.’s team go through collected waste to separate recyclable from non-recyclable items, including organic waste. Recyclable items are grouped together to be sold on to recycling plants, organic waste is composted, and the remaining 20% of the rubbish, which includes babies diapers, is incinerated in their on-site incinerator.

The end result? Nothing goes to a Tempat Pembuangan Akhir (TPA – landfill). 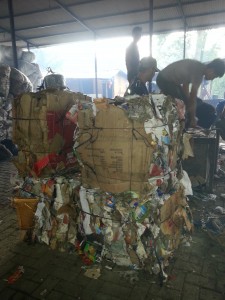 The team behind ABU and Co. often meet with members of the government to explain how the system of a TPST is much more sustainable than sending rubbish to a landfill, which is still the system in place for the city of DKI Jakarta. Manager Dodik S.P. explains that the main problem when it comes to rubbish is the organic waste. “If you have two bags of rubbish, one filled with recyclables and one with organic waste,” Dodi says, “and you leave the bags outside your door, which one do you think will be taken? The recyclables, of course!” Dodi explains that the problem is that organic waste of Jakarta ends up at a landfill, releasing methane, a harmful greenhouse gas, into the atmosphere as it breaks down. This is why ABU and Co. compost all organic waste at their TPST.

Dodi believes in the power of the TPST and that other cities’ sanitation departments should follow the example set by ABU and Co. “If we have more TPST locations rather than one giant landfill, like in Jakarta, rubbish can be properly disposed of and we won’t have a giant mountain of waste like we do at Bantar Gebang,” he says.

Dodi and his team are trendsetters and let’s hope that the rest of Indonesia follows in Tangerang’s waste management footsteps.

Dua Tangan Cukup – Actions from across the archipelago

Rights as Citizens: The Strife for Reconciliation of Indonesia’s Indigenous Communities