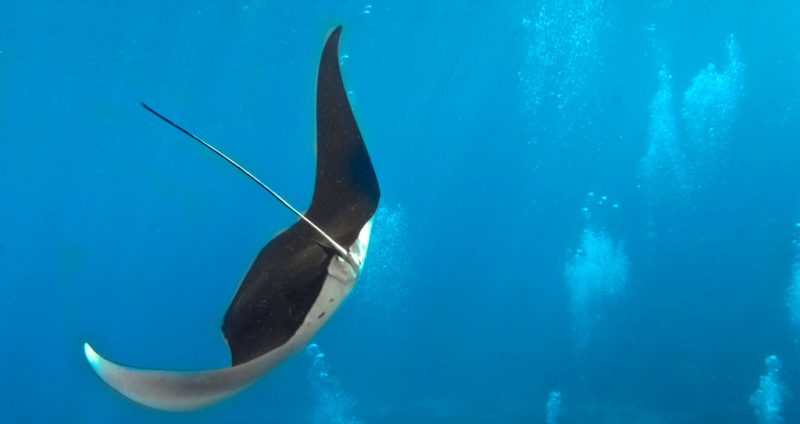 CITES (the Convention on International Trade in Endangered Species of Wild Fauna and Flora) is an international agreement between governments. Its aim is to ensure that international trade in specimens of wild animals and plants does not threaten their survival. On the 14th of March, the triennial CITES Conference in Bangkok adopted important measures to protect some species from the over-exploitation, including some species of sharks and manta rays.

Conservationists have marked an important point in their agenda. 176 nations who are member of the CITES (Convention in International Trades of Endangered Species – an international treaty that regulates the world’s wildlife trade) decided that the trade of some species of sharks and mantas must be controlled.

CITES agreement is based on so-called “Appendices”. Endangered plants and animals are assigned to three different appendices:

Appendix I includes leopards, lions and tigers, plus 293 other species of mammals, 156 birds, 76 reptiles, 15 fish, 194 invertebrates and 301 species of plants (for a full list of species included in the three appendices, visit the CITES website).

Even if CITES aims only to regulate trades, the ban or restrictions on trade of endangered animals and plants could have a great impact on the species’ survival. Of course, every country has internal laws and a different degree of enforcement of international agreements, and at the moment this is the main obstacle to the diffusion of a true international species protection law.

For example, to protect their own economic interests, some countries are known to report far less fishing catches than the real ones. It has been recently discovered that China is under-reporting its overseas fishing catch by more than an order of magnitude.

Some fish populations are already dramatically low and on the edge of the extinction. This is the case of many species of sharks (whose fins are sold for a very high price in the Asian markets, and many of them originate from Indonesia) and even manta rays, whose gill rakers are becoming very popular in Chinese cuisine.

During the last CITES meeting in Bangkok, after a long discussion where some pro-shark fishing countries like China and Japan tried to avoid any ban on sharks and rays trade, five species of sharks and manta rays have been included in the list of Appendix II.

The oceanic whitetip (Carcharhinus longimanus), scalloped hammerhead (Sphyrma lewini), great hammerhead shark (Sphyrna mokarran), smooth hammerhead shark (Sphyrna zigaena) and the porbeagle shark (Lamna nasus) are harvested in huge numbers for their valuable fins. Mantas (Manta sp.) are slow-growing, large-bodied migratory animals with small, highly fragmented populations. They have among the lowest reproductive rates of any marine animal, with females giving birth to only one pup every two to three years, making them extremely vulnerable to overexploitation. Manta gill plates fetch high prices in international markets and have been traded in significant numbers in recent years.

From now on, these creatures will have to be traded with CITES permits and evidence will have to be provided that they are harvested sustainably and legally. These listings mark a milestone in the involvement of CITES in marine species.

The only shadow on this decision is the final annotation: ”The entry into effect of the inclusion of these sharks and rays in CITES Appendix II will be delayed by 18 months to enable Parties to resolve the related technical and administrative issues”. This means that some traders will have plenty of time to fill their warehouse with shark fins and gill rakers, trying to get as much money as they can in the next year and half.

Other species have also been declared under protection, like a range of rosewoods and ebonies from Asia, Central America and Madagascar now under regulation by the Convention. Rapidly rising demand for these precious tropical hardwoods has led to serious concerns that unregulated logging is depleting populations of already rare species. Elephants, big cats and rhinoceroses, already listed in Appendix I, are still under pressure from a number of criminal groups involved in international trades.

At the end of the meeting, the CITES Secretary-General, John E. Scanlon, said, “This is a big day for CITES and for the world’s wildlife. It takes enormous effort to negotiate treaties and then make them work. The international community has today decided to make best use of this pragmatic and effective agreement to help it along the path to sustainability in our oceans and forests”.

Let’s see how this agreement will impact Indonesian local fisheries. The main problem will be recognizing the different species of sharks, especially if only fins are traded. Hopefully from now there is a hope that we will be able to keep these wonderful animals around.