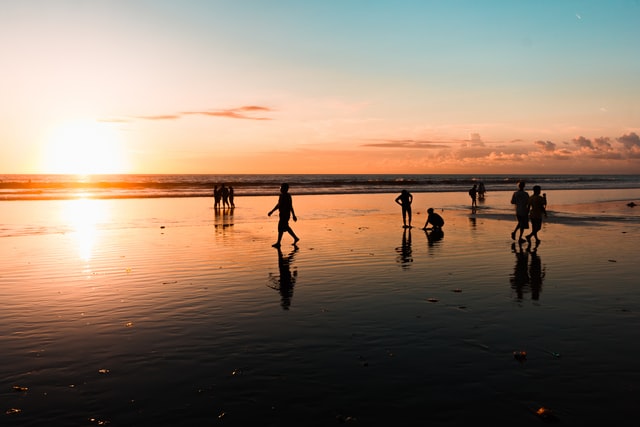 A foreign tourist has expressed her frustration when she admitted to being harassed by traders who forced her to buy merchandise at  Kuta Beach, Bali.

In a video circulating on social media on Friday 22nd April 2022, the unknown female tourist said she was very disturbed when walking on the beach and further complained about the hawkers.

She called Kuta “the worst” and she promised she would never return to Kuta again, or even to Bali. At the end of the video, she said she was grateful to be returning to her home country the next day.

A #tourist was disappointed with the street vendors on Kuta Beach, #Bali, who stormed and forced her to buy their goods. She recorded the incident and posted it on social media. The tourist felt uncomfortable and admitted that she would not go to Bali again. #SEAToday pic.twitter.com/0iFgPC05Rq

“We have coordinated with the Bendesa. The social condition is more vulnerable than before. We have been in a difficult situation for two years now when there have been so few tourists, there must be something we need to anticipate,” explained Cok Ace.

Furthermore, the Kuta Traditional Village Administrator, or Bendesa Adat Kuta Wayan Wasista, is currently investigating the veracity of the video.

Wasista told AFP on Saturday 23rd April that his team is unsure whether the video was taken on Kuta Beach. One indicator is the video only shows the face of the harassed tourist without showing the environment around her.

“You need to see the whole beach but it’s unclear here. I don’t know whether it’s on Kuta Beach or wherever it is. If she feels disturbed by anyone, she must have recorded that person, merchant or whoever. Instead other things are being recorded,” he said.

“What is clear is that they want to bring down Kuta – that’s my point of view.”

To ask for clarification, the management of the Kuta Traditional Village is currently searching for the concerned tourist. Wasista said he had asked the Badung Communications and Information Service for help in tracing the foreigner.

“I must know where this is, where is the evidence that she was harassed and so on,” added Wasista.