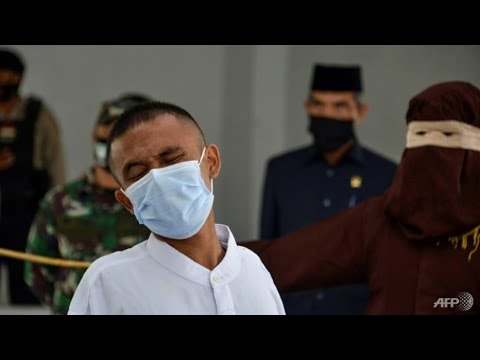 Three Christians had a sentence of caning carried out at Bustanussalatin Park, Banda Aceh, Aceh on Monday 8th February. They received the punishment for consuming alcohol.

Jetro Pakpahan and Hermanto Tamba are residents of Toba Samosir, North Sumatra, and Timoty Hanasmoro is a resident of Banda Aceh. They were whipped 40 times each.

The three of them were caned for violating Islamic law. Sharia police arrested them at a small shop in Banda Aceh during a drinking party.

The trio chose to be caned as a way to reduce the time they would spend incarcerated otherwise.

“We chose Sharia law or else we would have been imprisoned for a longer period,” said Hermanto Tamba after the caning.

Hermanto confirmed that there was no element of coercion from local agencies. He chose his punishment according to the Islamic law in force in Aceh.

“We choose punishment based on qanun. There was no coercion,” he said.

Also Read Homosexual Couple and Four Others Caned in Aceh

Head of Municipal Police and Wilayatul Hisbah Kota Banda Aceh Heru Triwijanarko confirmed that the three convicts were caned of their own accord in an official statement.

WARNING: The video contains scenes of violence that some may find distressing