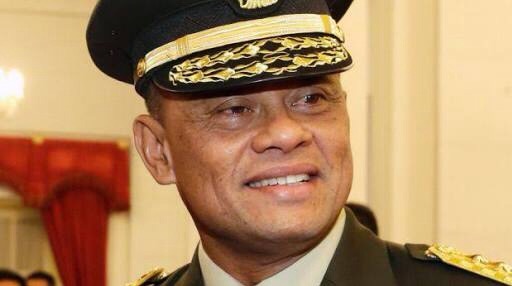 The US ambassador has apologized, but not offered an explanation, for the incident in which Indonesia’s military chief was barred from boarding a flight to the US, the government said.

“We have told them that we still demand a clarification and explanation on why the incident happened, we told them we are still waiting,” said Foreign Minister Retno Marsudi, who said that she has received an official apology from the US Embassy, as reported by AFP.

Military commander Gen. Gatot Nurmantyo had been invited to Washington by the chairman of the US Joint Chiefs of Staff General Joseph F. Dunford, America’s highest-ranking military officer, where he was due to attend a conference.

However, as he was about to board the plane to the US from Jakarta, the general was refused boarding by the US Customs and Border Protection agency, leaving the Indonesian military and the government bewildered.

Following a meeting with Minister Retno on Monday, acting deputy ambassador to Jakarta Erin Elizabeth McKee told local reporters there were “absolutely no issues” with the general’s ability to visit the US.

“General Gatot is able to travel, there are no restrictions, the United States welcomed his participation in the conference that General Dunford invited him to,” she said.

However, the military has insisted that Nurmantyo will not attend the conference unless this clarification is received.

Halal Park to be Launched at Jakarta Airport to Welcome Ramadan