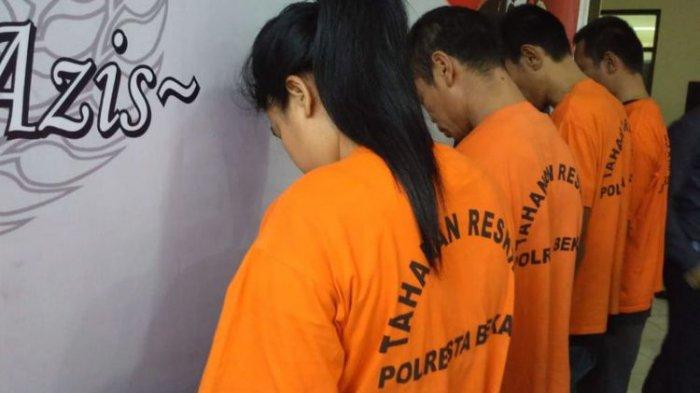 A group of people who allegedly stole Rp 2 billion (US$158,765) and 1.2 kilograms of gold from a building materials store in Bekasi, West Java, were arrested in Purbalingga, Central Java, on Monday.

The theft took place when the shop owner had left to go to his hometown. They allegedly entered the store by climbing a tree beside the store building and jumping onto its second floor. They allegedly broke into the store and stole money and jewellery that were kept in a cupboard.

“The victim [the shop owner] filed a report [to the police], which we followed up with an investigation. We discovered that they had fled to Purwokerto and Purbalingga [in Central Java],” Rizal said.

“We were suspicious about how the thieves knew where the valuables were hidden, and then found out that the victim’s helper was involved in the act,” he added.

The thieves are charged under Article 363 of the Criminal Code, which carries a maximum sentence of seven years in prison.