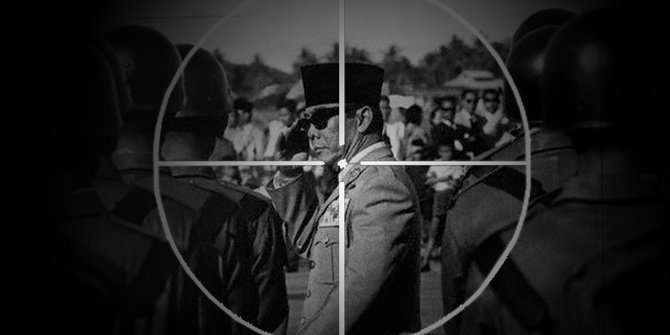 Sukmawati Soekarnoputri, a daughter of Indonesia’s first president Soekarno, is demanding an apology from the United States government after revelations from a formerly top-secret document suggests the CIA had considered assassinating her father during the Cold War.

The declassified document from 1975, which is a summary of an investigation into CIA involvement in plans to assassinate foreign leaders, was released last week. It details CIA attempts to assassinate Cuban leader Fidel Castro and states the CIA also considered killing Congolese leader Patrice Lumumba and the Indonesian president.

The document contains testimony by then CIA Deputy Director of Plans Richard Bissell about discussion within the CIA of the “possibility of an attempt on the life of President Sukarno of Indonesia.”

However, he testified that the plan had not been feasible and never materialized. He also stressed that the CIA had “absolutely nothing” to do with the death of Sukarno in 1970 when his health deteriorated after being put under house arrest.

Sukmawati believes that the CIA was behind riots, revolts and coups in Asia, Africa and Latin America because the US was against the Non-Aligned Movement of nations, of which Sukarno was a founding member. Furthermore, she added the US was further agitated by Soekarno’s policies which had not been “pro-US” as he was against America’s involvement in the Vietnam War.

The document, which reveals American planned intervention in other nations’ affairs during the Cold War, was among 2,800 other–including the assassination of President John F. Kennedy–that was released last week.