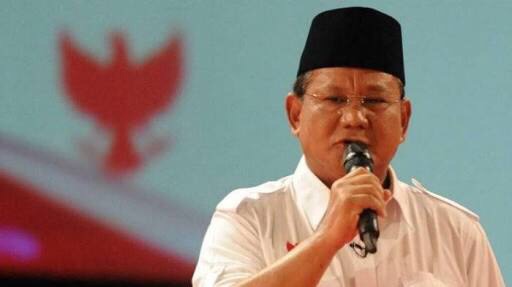 The Indonesian Tax Office says it will launch an investigation into possible tax violations committed by 2014 presidential candidate Prabowo Subianto after his name was mentioned in the Paradise Papers leak.

The confidential documents from offshore law firm Appleby Global Group Services, Ltd., were published in a report by the International Consortium of Investigative Journalists, which revealed that Prabowo was a director and deputy chairman of Bermuda-registered company Nusantara Energy Resources.

This information will be used as the initial basis of investigation for the tax office, who will be looking into Prabowo’s past financial transactions, according to Directorate General of Taxes spokesman Hestu Yoga Saksama.

“All the information gathered from various sources will be taken into consideration,” Hestu said, as quoted by Bloomberg . “We need and will seek more detail about such information, so we can check their compliance on their tax report.”

He added that the tax office will assess the assets included in tax returns belonging to Prabowo, and also look into his tax amnesty declaration.

Despite being named in the Paradise Papers, an analyst has said that the reputation of Prabowo will not be dented by the recent developments. Prabowo is understood to still harbor presidential ambitions after losing to Joko Widodo in the 2014 election.

“I doubt this finding will hurt his electability,” said Centre for Strategic and International Studies analyst Tobias Basuki.

Other than Prabowo, some of the children of former President Suharto have also been named in the leaked documents. The ICIJ report said Tommy Suharto was the director and chairman of the board of Asia Market Investments Ltd., a company registered in Bermuda in 1997 and closed in 2000, while Mamiek Suharto was the vice president of Golden Spike Pasiriaman Ltd. and the beneficial owner and chairman of Golden Spike South Sumatra Ltd., which were registered in Bermuda in the 1990s and are now closed.

Prabowo had once been part of the Suharto family after his marriage with the former dictator’s daughter, Titiek.

OJK and Bank Indonesia to Supervise the Crypto Exchange