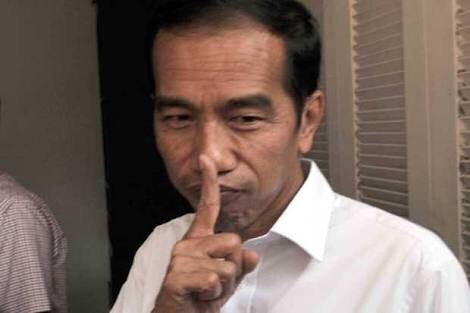 A number of roads in Jakarta are closed in anticipation of the “Jokowi End Game” demonstrations which are scheduled to be held Saturday 24th July.

The call to the demonstrations circulated on social media in the hope of demanding the rejection of PPKM policies. Participants are expected to march from Glodok to the Jakarta State Palace.

“Inviting all elements of society!! Take to the streets to reject PPKM and destroy the palace oligarchy and its staff,” the poster calls for.

The Greater Jakarta Metropolitan Regional Police stated that as many as 3,385 personnel consisting of police, national armed forces, and local government personnel have been deployed to secure the action since 7am.

Six people who are alleged to be behind the plans to conduct the “Jokowi End Game” demonstration have been arrested in the Monas area, Central Jakarta, this morning as confirmed by Commissioner Wisnu Wardhana, Head of Criminal Investigation Unit of the Central Jakarta Metropolitan Police.

“It needs to be understood, this is now a pandemic period, if there is a demonstration there will be a crowd, if there is a crowd there is interaction, then transmission occurs,” said Jakarta Deputy Governor Ahmad Riza Patria on Friday 23rd July.

Riza asked the public to comply with a number of government regulations and policies in dealing with the pandemic, including restrictions on community activities during PPKM level 4.

“PPKM was created by the government solely to ensure the health and safety of citizens,” he said.