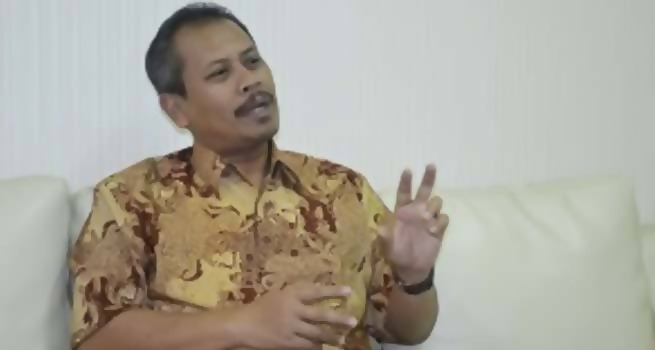 Teguh Yuwono, a political analyst from University of Diponegoro,

A political analyst from University of Diponegoro, Teguh Yuwono, claims that President Jokowi should eventually be able to stop the massive demonstrations in opposition of the revised law about the Corruption Eradication Commission (KPK), and several controversial bills.

“There are several ways, for instance; by issuing a government regulation in lieu of the revised KPK Law and halting deliberation of the bills that lead to a controversy,” Yuwono stated.

He also added that the protest movements will have to be stopped in order to prevent loss of life and improve the country’s economy. The country’s financial situation and economy will be negatively affected by the strikes, especially in the eyes of the global markets. If protests continue, the Rupiah will continue to depreciate.

The students are mostly upset due to the new rules regarding the KPK and the controversial Bill on the Criminal Code (KUHP). “Hence, their main target is to defend the KPK, since the anti-graft agency is one of the most trusted institutions by the public,” he added.

According to him, the inadequate response by the president and the House of Representatives (DPR) had also sparked anger amongst the protesters.