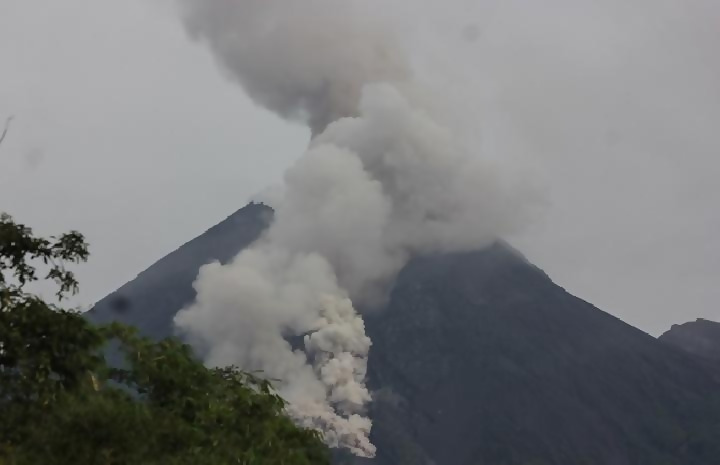 Two lava avalanches were also observed at Mount Merapi based on the observation period from 12 am to 6 am with a maximum sliding distance of 750 metres.

The Geological Disaster Research and Development Center (BPPTKG) has announced that Mount Merapi in Central Java has spewed a series of hot ash clouds on Sunday.

Head of BPPTKG, Hanik Humaida, released an official statement about the hot cloud expulsion from Merapi, which occurred on Sunday at 10 am for over two minutes. “The heat clouds are not visually monitored because of foggy weather,” he added.

The BPPTKG has currently announced a Level 2 Alert for the situation at Merapi. They do not recommend any sort of activities in the vicinity, except for investigatory and research purposes. The organisation also recommends residents to avoid activities within a 3 km radius from the summit of Merapi.