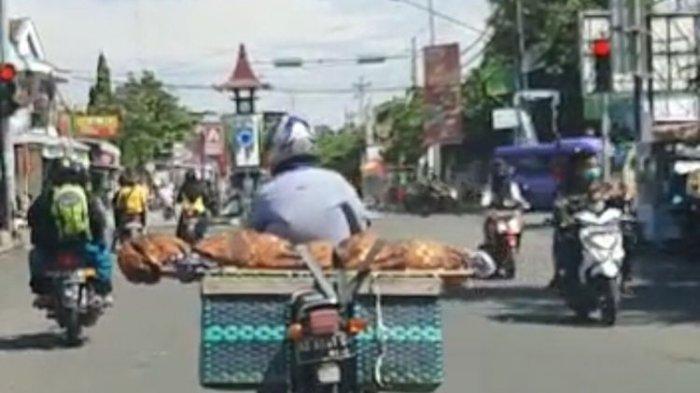 The video of a motorcyclist transporting a body on the back seat has gone viral on social media.

The video, which lasts about 47 seconds, shows the body wrapped in a netted cloth, placed on top of an oval, tied with a rubber rope.

Head of Criminal Investigation Unit at the Boyolali Police, Iptu AM Tohari, confirmed the incident.

Ginem’s corpse was wrapped in cloth and then placed on the back seat of the motorcycle. “The resident was advised to take the body to the funeral home first to be washed,” said Tohari.

From the testimony of the witnesses who washed Ginem’s body, there were no signs of violence, she seemed to have died due to old age. The corpse was later buried by residents at the cemetery of Randu Alasa Sucen Wetan, Simo at 1pm.

Meanwhile, Sutejo, who was transporting his mother’s body from Banyudono to Simo by motorcycle, is suspected of having a mental illness.