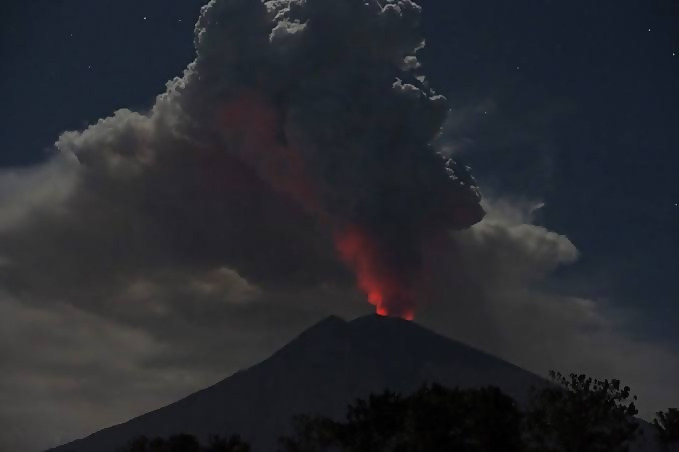 The Ministry of Transportation is continuing to monitor air traffic in Bali’s Ngurah Rai Airport, following the eruption of Mount Agung on 21st April.

“We will continue to update passengers about the latest condition of Mount Agung and the surrounding area,” Director General at the Ministry of Transportation, Polana B. Pramesti, confirmed.

The ministry is trying their best to ensure that flights operate as normal from the airport. Polana has also sought help from relevant institutions to monitor the mountain’s volcanic ash output post eruption.

“The volcanic ash was more widely spread on Sunday, but conditions at the airport are safe. Passengers should not panic,” Elfi added.

The Center for Volcanology and Geological Disaster Mitigation’s Observation Post (PVMBG) announced that Mount Agung erupted on 18:56 Central Indonesia Time on 21st April. The ash was reportedly expelled to a height of 3,000 metres above the summit.

See:  19 Flights Delayed due to Fire at Bali Airport