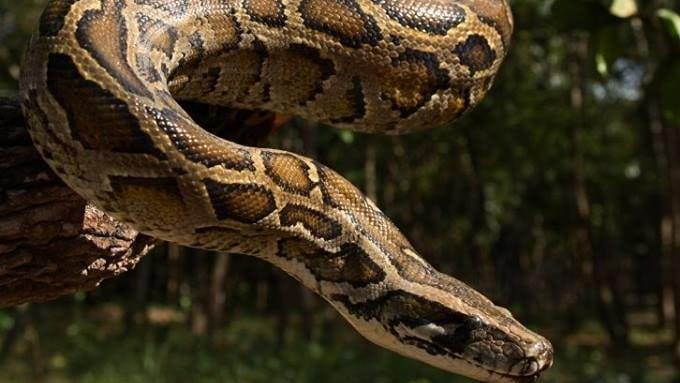 An Indonesian man has been wounded after being struck by a 3.5 metre-long python that made a surprise appearance at a housing complex. The animal was carried there by flood waters.

The victim, 35-year-old Maman, first noticed the snake in the kitchen of his house in Kaliabang, in the city of Bekasi in West Java province, on Sunday morning (Jan 27). The wild animal emerged as surrounding flood waters were receding following heavy rainfall in the area.

It took Mr Maman five minutes and help from his family and neighbours to capture the snake, but not before it bit him on his right arm.

“My husband caught the snake barehanded. He was helped by my father-in-law, Pak Minas, and Pak Rosyid,” Mr Maman’s wife Wati was quoted telling the Kompas.com news website on Monday.

“The wound is 1cm deep. (Maman) got six stitches because of the bite,” Mr Minas said.

The snake was then put into a cat’s cage and is expected to be sold to raise money for Mr Maman’s medical treatment.

Last November, a gigantic python was seen in a video coiling itself around an Indonesian villager in Sumatra before it was successfully caged. Footage of the man trying to pry himself away from the python’s death grip while others attempted to help him went viral.