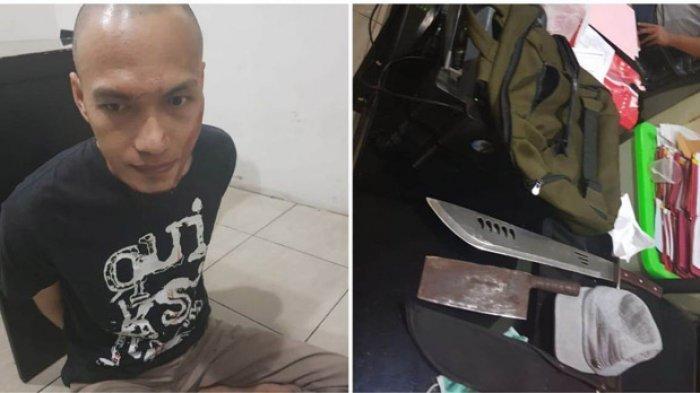 A man identified as Rohandi, 31, allegedly attacked police officers while shouting Takbir (Allah is Great) at the Penjaringan Police headquarters in North Jakarta on Friday.

Rachmat said Rohandi had come to the headquarters on a motorcycle. “The suspect got off his motorcycle and was greeted by an SPKT officer. He then attacked the officer with a machete and a butcher’s knife,” Rachmat said on Friday as quoted by wartakota.tribunnews.com.

He added that the officer had called out for help and Irawan was one of the officers who came to his aid.

“The suspect ignored warning shots. The officers eventually stopped his rampage by shooting him in the upper arm,” Rachmat said.

He added that they then arrested the suspect and confiscated the machete, butcher’s knife, a backpack, a hat, a jacket and the Yamaha Vega ZR motorcycle.