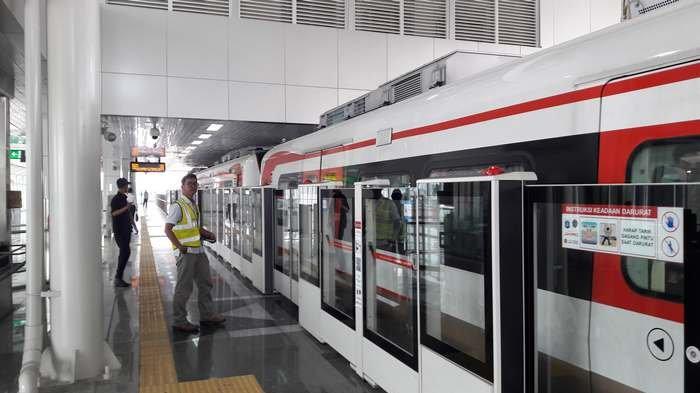 Jakarta’s light rapid transit (LRT) is now scheduled to begin commercial operations at the end of March, pending approval from the Transportation Ministry, an official has said.

LRT Jakarta president director Allan Tandiono said construction of the LRT, which connects the Velodrome in Rawamangun in East Jakarta to Kelapa Gading in North Jakarta, has reached 99 percent completion. Currently, officials from the Transportation Ministry are carrying out a worthiness test on its safety before issuing an operation permit and certification, he added.

“[The ministry] is checking the safety and reliability of the system. There are many tests that must be carried out by contractor Wijaya Karya and developer Jakarta Propertindo,” Allan said on Monday while inviting journalists to test the 5.8-kilometer train service.

The service was initially meant to be completed before the Asian Games in August last year. Its operation was also delayed in February.

“Transportation Minister [Budi Karya Sumadi] has said that the ministry will issue the certificate at the end of March, so everything will be ready,” Allan said.

To encourage passengers to use the service, LRT Jakarta has cooperated with city-owned PT Transjakarta to integrate the two transportation systems. A sky bridge is being developed to connect the LRT’s Velodrome station to Transjakarta’s Pemuda Rawamangun bus stop.

From there, passengers can take a Transjakarta bus to Dukuh Atas in Central Jakarta, a major transportation hub, where other transportation services such as the MRT, Commuter Train and Airport Train are available.