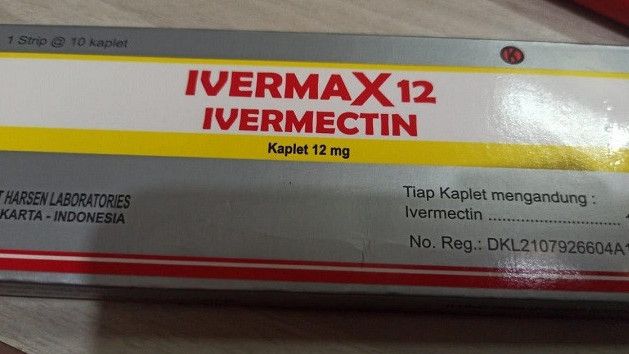 Ivermectin is claimed to be a drug capable of treating COVID-19.

Ivermectin is claimed to be a drug capable of treating COVID-19.

Report from Mexican media El Financiero has stated that authorities in Mexico City reported experimental analysis in hospitals in the capital. The reports on Friday said that ivermectin reduced the chances of being hospitalised once infected with COVID-19 by up to 76 percent.

The head of the Digital Agency for Public Innovation (ADIP), José Peña Merino, explained that the study consisted of analysing the impact that the delivery of a medical kit had on a person that was given 6 mg of ivermectin and 100 mg of acid acetylsalicylic, compared to a patient who was not treated with these drugs.

In Indonesia, the Food and Drug Supervisory Agency (BPOM) approved the clinical trial of Ivermectin related to its content, both for its use and to understand side effects. However, the Indonesian government hasn’t released official information regarding this drug as a treatment for COVID-19.

The Dean of the Medicine Faculty at the University of Indonesia, Prof. Dr. Ary Fahrial SpPD, said this drug became popular for COVID-19 because there was indeed research on ivermectin, but only at the cellular level.

Ary went on to say that this drug is intended for deworming indications. Ivermectin 12 mg caplet is registered in Indonesia for worm or parasite infection indications (Strongyloidiasis and Onchocerciasis).

This drug is given in single doses, usually, once a year, to kill worms and their larvae in the abdominal cavity. Therefore, the drug is not for daily consumption; it is included in the category of hard drugs given in certain doses.

Ivermectin used without a medical indication and without a doctor’s prescription can cause side effects, especially with prolonged usage. These side effects include muscle or joint pain, skin rash, fever, dizziness, constipation, diarrhoea, drowsiness, and Stevens-Johnson Syndrome.

The price of the parasitic drug is also not expensive – around Rp5,000-7,000 per tablet. However, the drug is now traded in a number of Indonesian e-commerce sites at a fairly high price, with one strip containing 10 tablets priced at Rp200,000-600,000.

“We urge the public not to buy ivermectin freely without a doctor’s prescription, including through online platforms illegally,” said Head of the Food and Drug Supervisory Agency (BPOM) Penny Lukito.

Penny added that her party blocked ivermectin manufacturer PT Harsen because of the discovery of a number of violations.

“We have carried out guidance and supervision on the manufacture of PT Harsen’s ivermectin by coaching, repairing to calls, but there is still no good intention from PT Harsen to fix the shortcomings so that there are follow-up steps for the sanctions given,” said Penny.

A number of violations by PT Harsen relate to the raw material of ivermectin being passed through unofficial channels, the distribution packaging not complying with regulations, and expiration dates being two years after production while BPOM stated it should be 18 months after the date of production.

Distribution is not through official channels. This includes the promotion of hard drugs, which violates the rules that must be carried out by health workers or doctors.

“For days they checked all invoices at the factory. It seems they don’t want this drug to be circulated and used to fight COVID-19,” said Riyo in a written statement.

PT Harsen Laboratories claims their deworming medicine can cure COVID-19 patients. For this reason, Riyo asked the agency not to take any measures that would disrupt the company’s production process, which is located in Ciracas, East Jakarta.

“We provide ivermectin as a weapon against COVID-19. Don’t make any deliberate efforts to make us lose. We have to win. Don’t let anything get in the way,” he added.

Indonesia Prepares for Wild Fires Ahead of El Niño Season