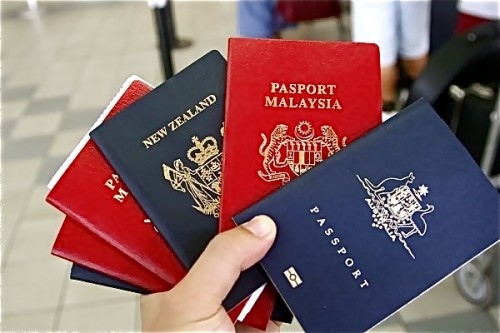 As the number of Indonesians living abroad increases, the government is considering the possibility of allowing dual citizenship.

The debate on whether or not an Indonesian should be granted dual citizenship continues as Coordinating Maritime Affairs Minister Luhut Pandjaitan recently made a statement showing his support for Indonesians who settle overseas to return to the country.

“Don’t argue over regulations that we can still amend. What’s more important is that we have the best Indonesians working with future generations to make our country better,” Pandjaitan said as reported by The Jakarta Post.

The minister further revealed that there are plenty of Indonesians living in the US, Europe, as well as Australia who wish to return to their motherland so they can make their contributions to the nation.

But in the past week the public has been made aware of the challenges Indonesians face of holding two passports, which is not legally allowed. On Monday, President Joko Widodo decided to honorably discharge former Minister of Energy and Mineral Resources Arcandra Tahar for allegedly holding a US citizenship.

Days later, a similar case occurred when 16-year-old Gloria Natapradja Hamel, who was found to be holding a French passport, was temporary removed from the national flag hoisting troop (Paskibraka) on Independence Day. She was later reprieved by the President, who overturned the decision and permitted her to join the troop in yesterday’s national flag ceremony at the State Palace.

Youth and Sports Minister Imam Nahrawi, who oversaw the selection for the Paskibraka troop, also admitted that the team had only found out that she did not have an Indonesian passport at the last minute. Hamel was not aware that this would disqualify her from the activities.

Regardless, the President promised in 2015 that his administration would find alternative ways to allow Indonesian citizens and their families living abroad the right to possession of dual citizenships.

Children of mixed marriage couples and foreign spouses of Indonesians are most affected by the inability to have dual citizenship in Indonesia.