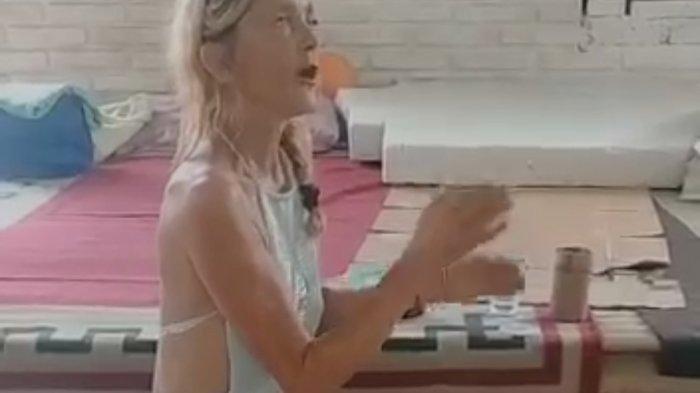 A German woman, Daniela Jeromin, has been arrested by the Municipal Police of Badung regency for being homeless and sleeping in an empty house for 10 days.

The head of the municipal police of Badung regency, I Gusti Agung Ketut Suryanegara, said that Jeromin was arrested because a report was received from the community who were worried about her whereabouts on Sunday 3rd July evening. Suryanegara’s team followed up on the report on Monday morning when the arrest was made.

“Residents around the location were suspicious of the woman’s whereabouts. She had been in the empty house for about 10 days. It was feared that something might happen, so they finally chose to report it to us,” he said.

Jeromin is still undergoing examination and is being held in immigration detention. The investigation is ongoing and Jeromin faces deportation.

According to the Head of Information Section of the Immigration Office Class I Immigration Checkpoint Ngurah Rai, I Putu Suhendra, immigration is coordinating with related teams for the deportation process. While waiting for the scheduled departure, Jeromin has been placed in the Denpasar immigration detention house, Jalan Uluwatu, South Kuta District.

“She is on the deportation list. The time is not yet known, because there are several checks. The process will use her personal money. If there is no money to buy the ticket, it means that the tourist will continue to be detained at the immigration detention house,” said Suhendra.