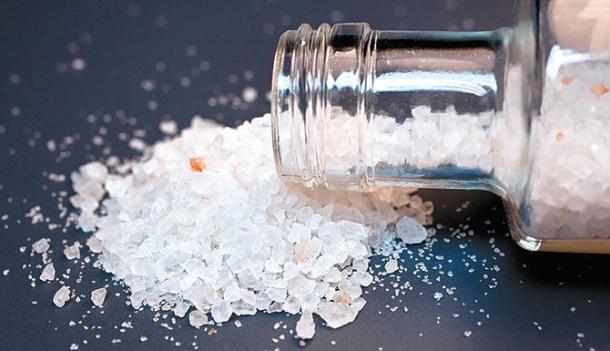 A new type of deadly drug called flakka which causes a ‘zombie-like’ effect in users has allegedly reached Indonesia, according to the Head of the National Narcotics Agency (BNN) Budi Waseso.

Waseso told reporters at the Audit Board (BPK) in South Jakarta on Monday, May 29, that the agency is still investigating the matter.

“There are some that we suspect, now we have to do research,” he said .

The BNN chief said there are believed to be around 65 new drugs which have entered Indonesia, including flakka.

BNN will conduct further research alongside police forensic laboratories, the National Agency of Drug and Food Control and several top universities including the University of Indonesia and Bandung Institute of Technology.

Flakka, known as the ‘devil’s drug,’ is a synthetic drug which has gained worldwide notoriety for its epidemic use in Florida as well as its brain-damaging effects. According to CNN, it is also known as ‘gravel’ because of its white crystal chunks that have been compared to aquarium gravel.

It is said to cause a similar high to cocaine, but has the potential to be much more dangerous — making its users hyperactive, triggering adrenaline, making them lose common sense and do unusual things and behave ‘zombie-like.’

A number of cases were reported in the US where users of flakka acted like zombies, or people being possessed, with multiple videos having gone viral.

Chairman of the DPP Grenade (National Narcotics Movement) Henry Yosodiningrat said flakka has an active substance in the form of fentanyl derivatives. This substance has a potential of being 10,000 times stronger than morphine. In addition, flakka consists of a chemical compound in the form of MDPV (Methylenedioxypyrovalerone).

“Flakka also has 100 times more potency than heroin, which is a very dangerous new drug type,” Henry told AFP on Tuesday, May 30 as reported by Detik.

Henry explained harmful chemical compounds were found in flakka that cause users to be in the phase of acute illusion. These compounds stimulate parts of the brain that regulate hormone dopamine, serotonin and mood.

Flakka users feel stronger and more confident – to the point that some lose control. In south Florida, a man destroyed the door of the police station while under the influence of the drug. A young woman is also reported to have run down public streets shouting that she was a demon.

“Initially, flakka was produced as a synthetic drug in 2012. The drug was later banned because doctors found a very dangerous substance in this drug. The doctors then raised the level of previously categorised synthetic drugs into the most dangerous drugs. Compounds in flakka leave a more enduring effect,” Henry said.

He went on to point out that the effects last only for a few hours, but it can permanently damage the brain.

The substance in flakka has been reviewed on May 15-16 and has been submitted to the Ministry of Health and entered as Group I in the annex of the Narcotics Act.

The government has also developed new regulations in Health Decree Regulations no. 2 of 2017 that mentioned flakka by the chemical name Alfa PVP.

Henry said that people should be vigilant and immediately report this type of drug to authorities.