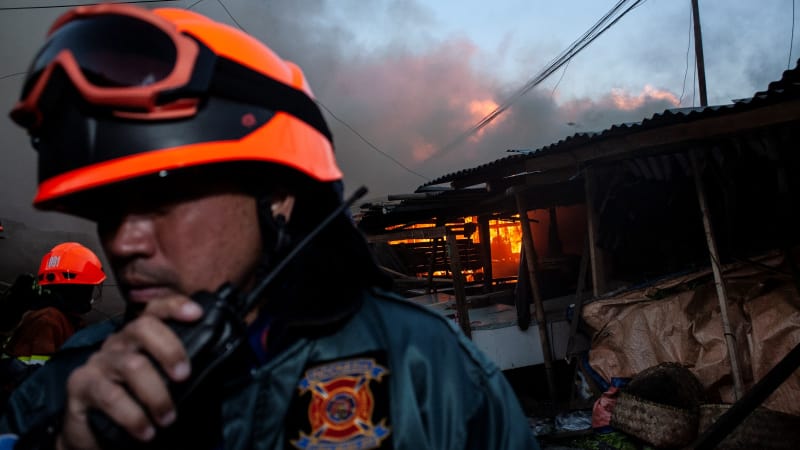 A fire broke out in a densely populated area near Jl. Pertanian Selatan, Duren Sawit, East Jakarta, on Friday, destroying at least 18 houses.

The cause of the fire is suspected to be an electric short circuit in one of the houses at the site, East Jakarta Fire and Rescue Agency official Gatot Sulaeman said.

The incident was first reported to his office at noon.

“The fire spread quickly as it happened in a densely populated area,” he said as reported by kompas.com.

Sixteen fire trucks and 64 personnel were deployed to extinguish the fire. The fire was put out in the afternoon.

Firefighters found the location of the fire difficult to reach as it was in a narrow alley lined with terraced houses.

Gatot said his office was investigating the cause of the fire.

No casualties have been reported, while material losses have yet to be estimated, he said.